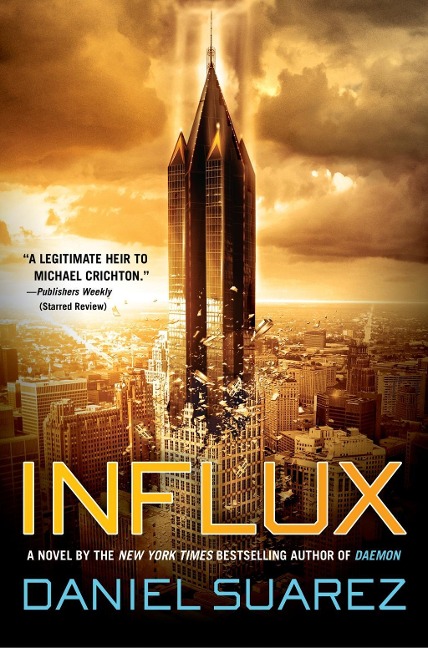 Physicist Jon Grady and his team have discovered a device that can reflect gravity-a triumph that will revolutionize the field of physics and change the future. But instead of acclaim, Grady's lab is locked down by a covert organization known as the Bureau of Technology Control.

The bureau's mission: suppress the truth of sudden technological progress and prevent the social upheaval it would trigger. Because the future is already here. And it's rewards are only for a select few.

When Grady refuses to join the BTC, he's thrown into a nightmarish high-tech prison housing other doomed rebel intellects. Now, as the only hope to usher humanity out of its artificial dark age, Grady and his fellow prisoners must try to expose the secrets of an unimaginable enemy-one that wields a technological advantage half a century in the making.

DANIEL SUAREZ is the author of the New York Times bestseller Daemon, Freedom™, and Kill Decision. A former systems consultant to Fortune 1000 companies, Mr. Suarez has designed and developed software for the defense, finance, and entertainment industries. His fiction focuses on technology-driven change, and he is a past speaker at TED Global, MIT Media Lab, NASA Ames, the Long Now Foundation, and the headquarters of Google, Microsoft, and Amazon. An avid gamer and technologist, he lives in Los Angeles.