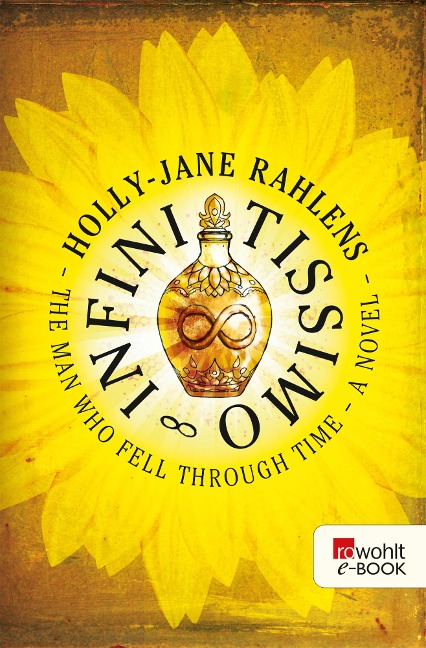 The Man Who Fell Through Time. A Novel

"The I of my heart says hello to the you of yours."
The year is 2264. Despite incredible technical advances, scientists of the twenty-third century are at a loss on how to solve the problem of a decimated human population. The young historian Finn Nordstrom, a specialist for turn-of-the-millennium popular culture, is asked to translate newly discovered diaries written in extinct German. Do the vintage diaries of a young girl from the early twenty-first century hold a secret that can revitalize humankind?
Finn Nordstrom lives in a passionless but otherwise worry-free and peaceful world shaped by community spirit, leaps in science, and the promise of immortality. All is well until he begins decoding Eliana's diaries. Following the progression of her life from page to page, he becomes fascinated by the young girl blooming into womanhood right before his eyes. Asked to test the authenticity of a virtual-reality game set in the twenty-first century, Finn is stunned to find himself face-to-face with the girl. Caught up in a whirlwind of intrigue orchestrated by powerful physicists, Finn is sent unwittingly on a dangerous mission through time.

Holly-Jane Rahlens kam Anfang der 70er-Jahre aus ihrer Heimatstadt New York nach Berlin. Mit Funkerzählungen, Hörspielen und Solo-Bühnenshows machte sie sich dort in den 80ern und 90ern einen Namen. Außerdem arbeitete sie als Journalistin, Radiomoderatorin und Fernsehautorin, bis sie sich ganz dem Schreiben widmete.
Holly-Jane Rahlens, a born New Yorker, grew up in Brooklyn and Queens and graduated from Queens College. She moved to Berlin soon after where she has lived virtually all her adult life. While remaining an American citizen, she has flourished in the German media world, working in radio, television and film as an actress, producer, and commentator, and creating a series of highly-praised one-woman-shows. She has written two novels for adults, Becky Bernstein Goes Berlin, Mazel Tov in Las Vegas and Infinitissimo. In 2003 her first novel for teens, Prinz William, Maximilian Minsky and Me, earned the prestigious Deutscher Jugendliteraturpreis as the best young adult novel published in Germany. In 2006 the Association of Jewish Libraries named it a Sydney Taylor Honor Book. It has since been published in 15 countries, twelve languages, and was released in Germany as a major motion picture in fall 2007. Rahlens has published ten novels to date and is currently working on several screenplays, two of which are based on her novels.