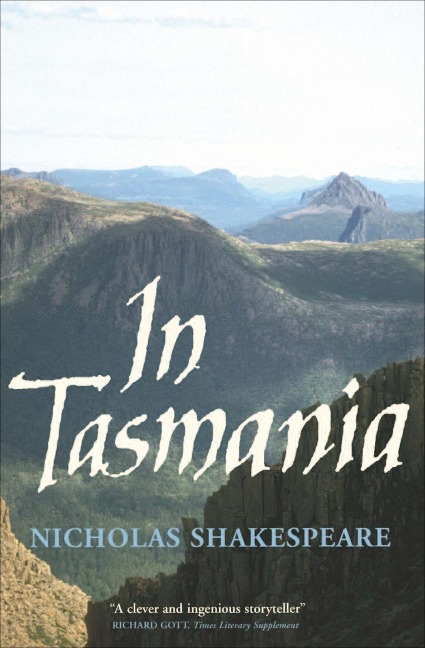 From the renowned British author of The Dancer Upstairs comes this "meticulous, lyrical history" of the remote island and his family's connection to it (Publishers Weekly).

Hailed by the Wall Street Journal as "one of the best English novelists of our time," Nicholas Shakespeare decided to move to Tasmania after falling in love with its exceptional beauty. Only later did he discover a cache of letters that revealed a deep and complicated family connection to the island. They were written by an ancestor as corrupt as he was colorful: Anthony Fenn Kemp (1773-1868), the so-called Father of Tasmania.

Then Shakespeare discovered more unknown Tasmanian relations: A pair of spinsters who had never left their farm except once, in 1947, to buy shoes. Their journal recounted a saga beginning in Northern England in the 1890s with a dashing but profligate ancestor who ended his life in the Tasmanian bush.

In this fascinating history of two turbulent centuries in an apparently idyllic place, Shakespeare weaves the history of the island with multiple narratives, a cast of unlikely characters from Errol Flynn to the King of Iceland, a village full of Chatwins, and a family of Shakespeares.

"Tasmania is an enigmatic place and Shakespeare captures it with an appreciative eye." -The Guardian

Nicholas Shakespeare is the author of The Vision of Elena Silves (1989), winner of the Somerset Maugham Award; The High Flyer, which was chosen for the Granta list in 1993; and The Dancer Upstairs, which was the American Libraries Association's Best Novel of 1997 and was made into a film of the same name by John Malkovich. He divides his time between England and Tasmania.