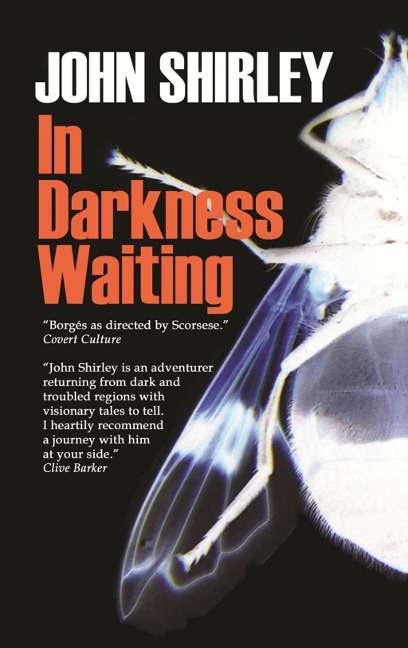 No writer combines the "delight in dread" with social consciousness and metaphysical meaning the way John Shirley does. Although In Darkness Waiting begins in much the same vein as many horror novels (mysterious deaths; a small town invaded by evil; plucky, attractive young lovers; the logical level-headed doctor; some salt-of-the-earth townsfolk...) by its end you will have discovered it is not "just another horror novel." With its exploration of the "insect" inside us all, In Darkness Waiting proves more relevant today than ever. Considering a read of In Darkness Waiting is like considering a trip through the Amazon with no weapons and no vaccinations and no shoes. It's like contemplating a journey in the Arctic clad only in your underwear. Or maybe it's more like dropping into one of those spelunker's challenges, those chilling pitch-black shafts into the Earth's crust-and when you get down there your light burns out and you remember the chitinous fauna of the cavern... Unlike undertaking those endeavors, you can get through the harrowing pages of In Darkness Waiting alive (although we are not promising you'll remain unscathed.) Towards the end you'll discover one of the most extreme yet literate passages ever written. It may well be the most outré scene ever created. But John Shirley wasn't after shock alone. Shock is never enough for him.

Owning Your Own Shadow

How to Read a Book