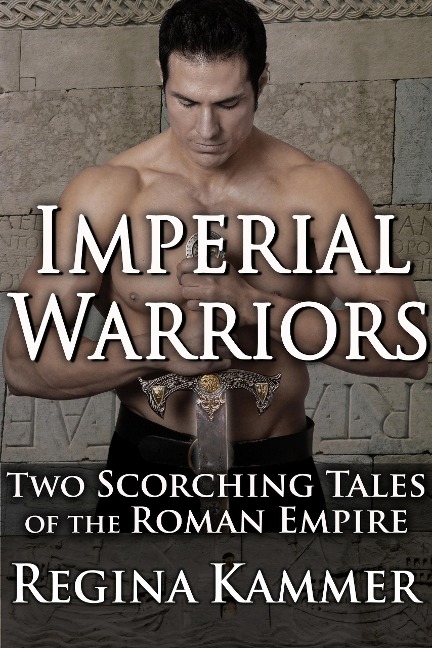 Ancient Warriors…Muscles flexing under sun-burnished skin as thick arms wield swords, battle axes, or bow and arrow. Brawny, fierce, and intensely loyal to their cause, king, or god. Alpha heroes romanticized through the lens of history.

…of the Roman EmpireLegions marching under the banner of Rome for centuries, conquering the Mediterranean and beyond, from Britannia in the West to Anatolia in the East.

Imperial Warriors: Two Scorching Tales of the Roman Empire offers two sizzling tales of romance between warriors and the women who are inexorably drawn to them. Each story is set during a different time and place in the Roman Empire: Trajanic Rome and Byzantine Constantinople.

The Promise of MemoryA slave in Rome's imperial palace finds freedom in fantasies of a knight in the imperial guard--a warrior who evokes memories of a long lost love.

Protecting HerA Byzantine noblewoman seeking refuge in a monastery loses her heart to an invader when Constantinople is sacked by the Viking Rus.

Roman Imperial romance shorts "The Promise of Memory" and "Protecting Her" by award-winning historical romance author Regina Kammer, have been published separately before but are now available together for the first time. This mini-collection includes a bonus excerpt from Regina Kammer's Roman Imperial epic Hadrian and Sabina: A Love Story, plus a historical introductory essay.

An Evening in the Classroom

City of Betrayal (City of Spires, #2)