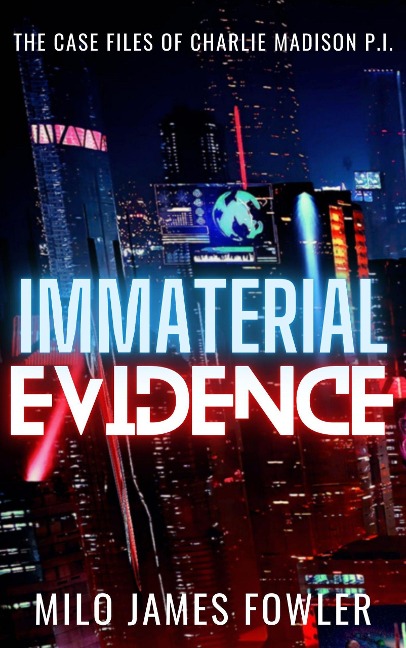 A detective with a price on his head. An invisible criminal with nothing to lose.

The vault door never opened. The bank went into lockdown in less than a minute. Yet the security footage was unmistakable: a hundred silver bars had vanished into thin air.

To avoid the fury of a local mob boss, private investigator Charlie Madison has been hiding out in Little Tokyo. But when an old friend lures Madison back into the city to hunt down an invisible criminal--if he can--federal agents swoop onto the scene and take matters into their own hands. They offer Madison a deal he can't refuse if he agrees to work with them. As Japanese freedom fighters and refurbished killing machines threaten to take the world to the brink of nuclear holocaust, the United World government needs all the help it can get.

Embroiled in an unimaginable mystery, one private eye must rely on his wits to solve a case where the evidence is immaterial, and the odds are stacked high against him at every turn.