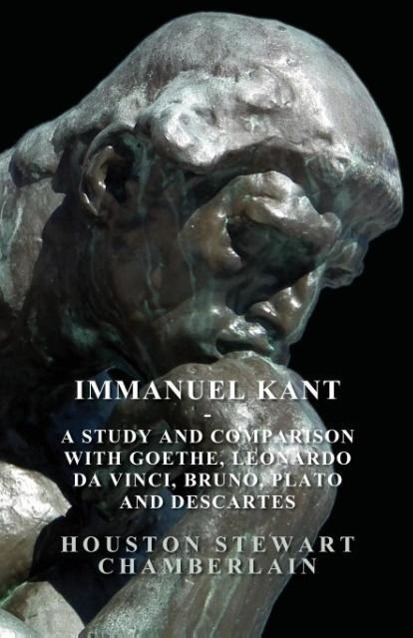 This vintage book contains Houston Stewart Chamberlain's 1914 treatise, "Immanuel Kant - A Study and Comparison with Goethe, Leonardo Da Vinci, Bruno, Plato and Descartes". A fascinating and comprehensive study of some of the greatest minds to have ever lived, this volume is highly recommended for students of philosophy, and would make for a worthy addition to any home library. Contents include: "Plato - With an Excursus on the Essence of Life", "Kant - Science and Religion - With an Excursus on the 'Thing in Itself'", "Goethe", "Leonardo", "Descartes", "Bruno", "Plato", and "Kant". Houston Stewart Chamberlain (1855-1927) was an English-born German author. He wrote books on many subjects ranging from science to philosophy, and was the son-in-law of the famous composer, Richard Wagner. Many antiquarian texts such as this are becoming increasingly rare and expensive, and it is with this in mind that we are republishing this volume now, in an affordable, modern, high-quality edition. It comes complete with a specially commissioned new biography of the author.