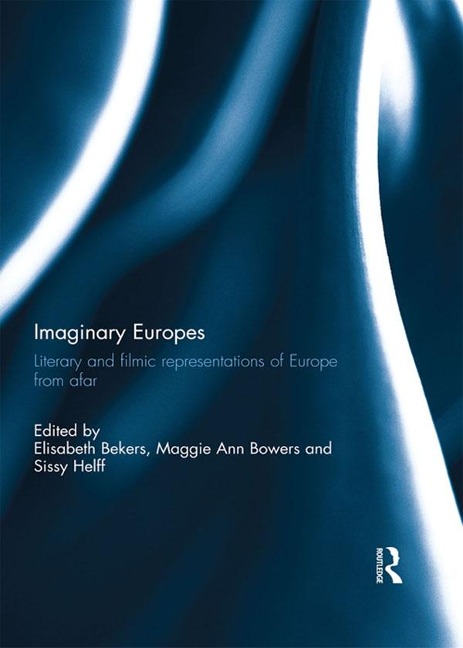 Literary and filmic representations of Europe from afar

The 20th century has witnessed crucial changes in our perceptions of Europe. Two World Wars and many regional conflicts, the end of empires and of the Eastern Bloc, the creation and expansion of the European Union, and the continuous reshaping of Europe's population through emigration, immigration, and globalization have led to a proliferation of images of Europe within the continent and beyond.

While Eurocentrism governs current public debates in Europe, this book takes a special interest in literary and cinematographic imaginings of Europe that are produced from more distant, decentred, or peripheral vantage points and across differences of political power, ideological or ethnic affinity, cultural currency, linguistic practice, and geographical location. The contributions to this book demonstrate how these particular imaginings of Europe, often without first-hand experience of the continent, do not simply hold up a mirror to Europe, but dare to conceive of new perspectives and constellations for Europe that call for a shifting of critical positions. In so doing, the artistic visions from afar confirm the significance of cultural imagination in (re)conceptualizing the past, present, and future of Europe. This book was originally published as a special issue of the Journal of Postcolonial Writing.

Elisabeth Bekers is Professor of British and Postcolonial Literature at the Vrije Universiteit Brussel, Belgium. She researches literature from Africa and its diaspora, and currently focuses on black British women's writing. Her publications include the co-edited volumes Transcultural Modernities: Narrating Africa in Europe (2009) and Ecrire Bruxelles/Brussels Schrijven (2016).

Maggie Ann Bowers is a Senior Lecturer in Literatures in English at the University of Portsmouth, UK. Her research covers contemporary postcolonial studies, focusing particularly on Native American studies and comparative multi-ethnic literatures of North America. She is the author of Magic(al) Realism (2004). Her recent research has examined the links between storytelling, ritual, and law and sovereignty in Native American writing.

Sissy Helff is an anglicist at the Goethe University, Frankfurt, Germany, with a broad range of interests in Anglophone world literature, postcolonial and transcultural studies, visual culture, history and politics. Her recent book, Unreliable Truths: Transcultural Homeworlds in Indian Women's Fiction of the Diaspora (2012), is an overview of Indian diasporic women writing from around the world.

Introduction - Imaginary Europes, phantoms of the past, conceptions of the future? Elisabeth Bekers, Maggie Ann Bowers and Sissy Helff

3. Bursting the bubble: Mythical Englishness, then and now Christine Berberich

7. Writing back or writing off? Europe as "tribe" and "traumascape" in works by Caryl Phillips and Christos Tsiolkas Janine Hauthal