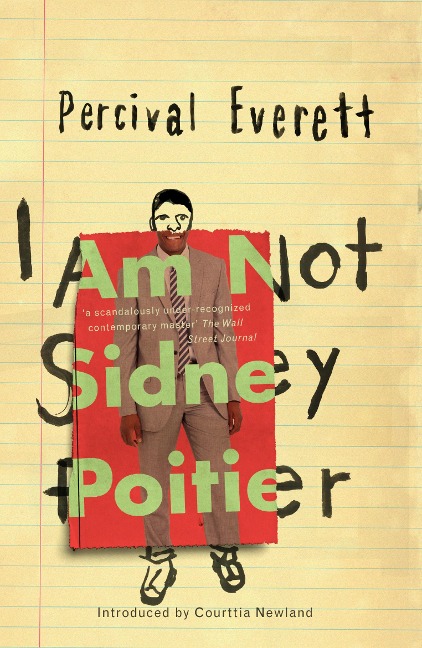 I Am Not Sidney Poitier

I am Not Sidney Poitier is a hilarious and irresistible take on race, class and identity. The sudden death of Not Sidney Poitier's mother orphans him at age eleven. He is left with a name no one understands, an uncanny resemblance to an Oscar winning actor, and serious amount of shares in the Turner Corporation.

Percival Everett's novel follows Not Sidney's tumultuous life, as the social hierarchy scrambles to balance his skin colour with his fabulous wealth. Maturing under the less-than watchful eye of his adopted foster father, Ted Turner, Not Sidney learns to navigate a world that doesn't know what to do with him. The novel is introduced by critically acclaimed British author, Courttia Newland.

Percival Everett is the author of nearly thirty books, including So Much Blue, Percival Everett by Virgil Russell, Erasure, and Glyph. He has received the Hurston/Wright Legacy Award and the PEN Center USA Award for Fiction. He lives in Los Angeles.