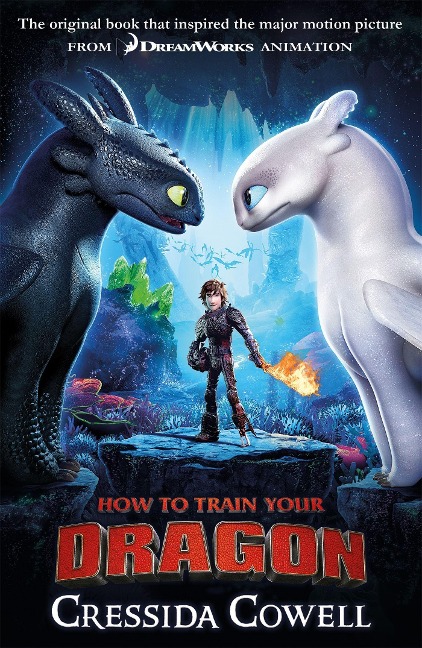 How to Train Your Dragon FILM TIE IN (3RD EDITION)

Read the book that inspired the hit DreamWorks film How to Train Your Dragon 3.

THE STORY BEGINS in the first volume of Hiccup's How to Train Your Dragon memoirs...

Hiccup Horrendous Haddock III was an awesome sword-fighter, a dragon-whisperer and the greatest Viking Hero who ever lived. But it wasn't always like that. In fact, in the beginning, Hiccup Horrendous Haddock III was the most put upon Viking you'd ever seen. Not loud enough to make himself heard at dinner with his father, Stoick the Vast; not hard enough to beat his chief rival, Snotlout, at Bashyball, the number one school sport and CERTAINLY not stupid enough to go into a cave full of dragons to find a pet... It's time for Hiccup to learn how to be a Hero.

Cressida Cowell is currently the Waterstones Children's Laureate (2019 - 2021). She is the author and illustrator of the bestselling The Wizards of Once and How to Train Your Dragon books series, and the author of the Emily Brown picture books, illustrated by Neal Layton.

Cressida is an ambassador for the National Literacy Trust and the Reading Agency, a Trustee of World Book Day and a founder patron of the Children's Media Foundation. She has won numerous prizes, including the Gold Award in the Nestle Children's Book Prize.