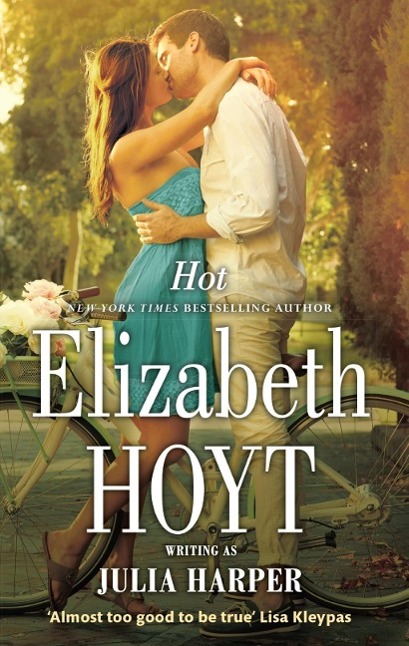 A Woman With a Plan

For most people, being held at gunpoint by inept bank robbers would make for a bad day. For local librarian Turner Hastings, it's an opportunity. Using the distraction to pull a little heist of her own, she dives into a new life . . . on the run.

A Cop on a Mission

FBI Special Agent John MacKinnon always gets his man . . . or woman. After watching Turner Hastings dump the contents of a safety deposit box into her purse on a surveillance tape, he knows this case won't be run of the mill. What he doesn't expect is how the cellphone contact between him and his bounty is about to blur the line between professional ambition and personal desire. When bullets from a hired hitman start flying in Turner's direction, giving weight to her claims of injustice, John is willing to cross any line to save her life . . . even if it means losing his own.

Things Are Getting HOT.

'Elizabeth Hoyt's historicals are hot, and her contemporaries deserve the same label. This is a great novel.' - Eloisa James

'Fast paced and funny, this novel reads like Janet Evanovich crossed with The Sopranos.' RT Book Reviews on For the Love of Pete

From Duke Till Dawn