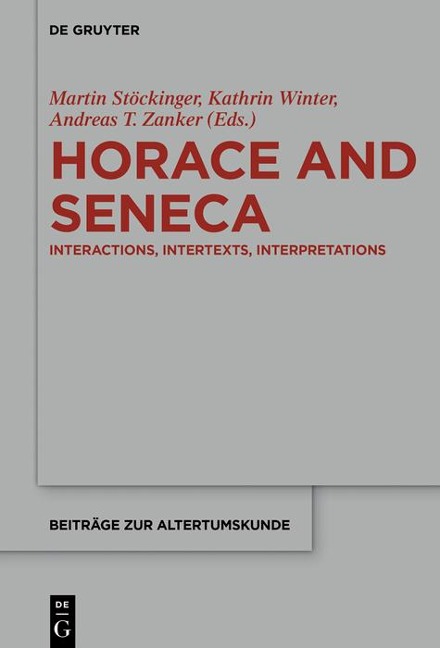 This volume sets out to explore the complex relationship between Horace and Seneca. It is the first book that examines the interface between these different and yet highly comparable authors with consideration of their oeuvres in their entirety. The fourteen chapters collected here explore a wide range of topics clustered around the following four themes: the combination of literature and philosophy; the ways in which Seneca's choral odes rework Horatian material and move beyond it; the treatment of ethical, poetic, and aesthetic questions by the two authors; and the problem of literary influence and reception as well as ancient and modern reflections on these problems. While the intertextual contacts between Horace and Seneca themselves lie at the core of this project, it also considers the earlier texts that serve as sources for both authors, intermediary steps in Roman literature, and later texts where connections between the two philosopher-poets are drawn. Although not as obviously palpable as the linkage between authors who share a common generic tradition, this uneven but pervasive relationship can be regarded as one of the most prolific literary interactions between the early Augustan and the Neronian periods. A bidirectional list of correspondences between Horace and Seneca concludes the volume.