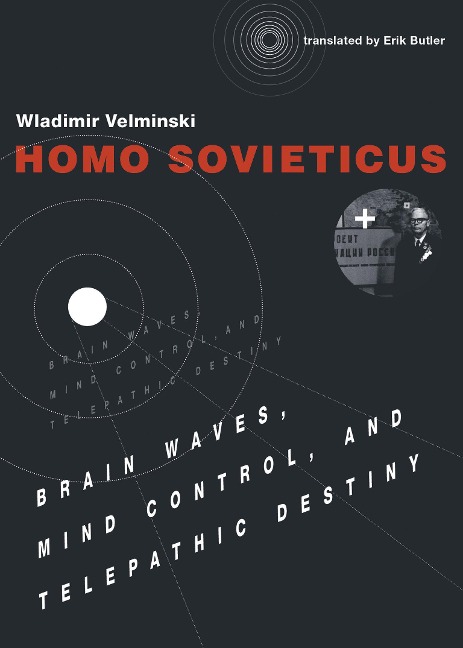 How Soviet scientists and pseudoscientists pursued telepathic research, cybernetic simulations, and mass hyptonism over television to control the minds of citizens.

In October 1989, as the Cold War was ending and the Berlin Wall about to crumble, television viewers in the Soviet Union tuned in to the first of a series of unusual broadcasts. "Relax, let your thoughts wander free...” intoned the host, the physician and clinical psychotherapist Anatoly Mikhailovich Kashpirovsky. Moscow's Channel One was attempting mass hypnosis over television, a therapeutic session aimed at reassuring citizens panicked over the ongoing political upheaval—and aimed at taking control of their responses to it. Incredibly enough, this last-ditch effort to rally the citizenry was the culmination of decades of official telepathic research, cybernetic simulations, and coded messages undertaken to reinforce ideological conformity. In Homo Sovieticus, the art and media scholar Wladimir Velminski explores these scientific and pseudoscientific efforts at mind control.

In a fascinating series of anecdotes, Velminski describes such phenomena as the conflation of mental energy and electromagnetism; the investigation of aura fields through the "Aurathron”; a laboratory that practiced mind control methods on dogs; and attempts to calibrate the thought processes of laborers. "Scientific” diagrams from the period accompany the text. In all of the experimental methods for implanting thoughts into a brain, Velminski finds political and metaphorical contaminations. These apparently technological experiments in telepathy and telekinesis were deployed for purely political purposes.