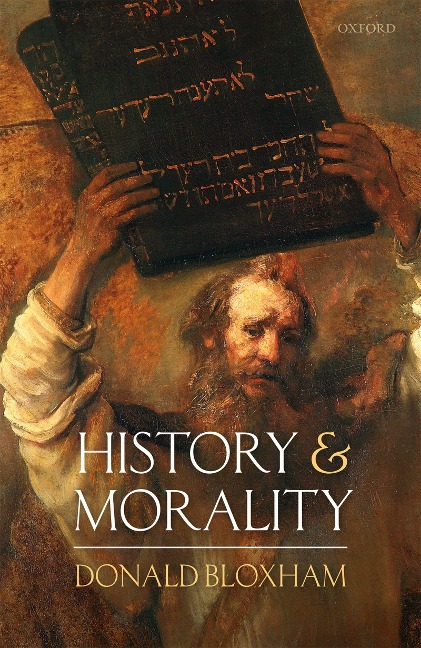 Against majority opinion within his profession, Donald Bloxham argues that it is legitimate, often unavoidable, and frequently important for historians to make value judgements about the past. History and Morality draws on a wide range of historical examples, and its author's insights as a practicing historian. Examining concepts like impartiality, neutrality, contextualisation, and the use and abuse of the idea of the past as a foreign country, Bloxham's
book investigates how far tacit moral judgements infuse works of history, and how strange those histories would look if the judgements were removed. The author argues that rather than trying to eradicate all judgemental elements from their work, historians need to think more consistently about how, and with
what justification, they make the judgements that they do. The importance of all this lies not just in the responsibilities that historians bear towards the past - responsibilities to take historical actors on those actors' own terms and to portray the impact of those actors' deeds - but also in the role of history as a source of identity, pride, and shame in the present. The account of moral thought in History and Morality has ramifications far beyond the activities of vocational
historians.

Donald Bloxham has taught at Edinburgh University since 2001. He was appointed Professor of Modern History in 2007 and given the established Richard Pares chair of history in 2011. Beyond his work on the history and philosophy of the discipline of history, he is a specialist in the study of genocide and of the punishment of perpetrators of genocide. His book The Great Game of Genocide: Imperialism, Nationalism, and the Destruction of the Ottoman Armenians
(OUP, 2005) won the Raphael Lemkin Prize for genocide scholarship. He has also been a recipient of a Philip Leverhulme Prize and is currently on a Leverhulme Major Research Fellowship.