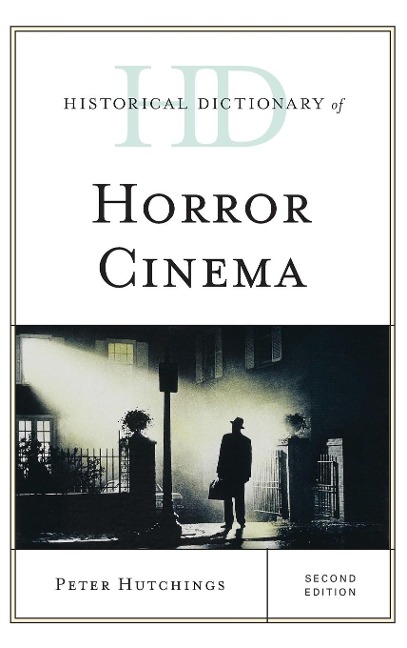 Horror is one of the most enduring and controversial of all cinematic genres.  Horror films range from subtle and poetic to graphic and gory, but what links them together is their ability to frighten, disturb, shock, provoke, delight, irritate, and amuse audiences.  Horror's capacity to take the form of our evolving fears and anxieties has ensured not only its notoriety but also its long-term survival and international popularity. This second edition has been comprehensively updated to capture all that is important and exciting about the horror genre as it exists today.  Its new entries feature the creative personalities who have developed innovative forms of horror, and recent major films and cycles of films that ensure horror's continuing popularity and significance.  In addition, many of the other entries have been expanded to include reference to the contemporary scene, giving a clear picture of how horror cinema is constantly renewing and transforming itself.

The Historical Dictionary of Horror Cinema traces the development of the genre from its beginnings to the present.  This is done through a chronology, an introductory essay, a bibliography, and hundreds of cross-referenced dictionary entries.  The entries cover all major movie villains, including Frankenstein and his monsters, the vampire, the werewolf, the mummy, the zombie, the ghost and the serial killer; film directors, producers, writers, actors, cinematographers, make-up artists, special-effects technicians, and composers who have helped shape horror history; significant production companies; major films that are milestones in the development of the horror genre; and different national traditions in horror cinema - as well as popular themes, formats, conventions, and cycles.