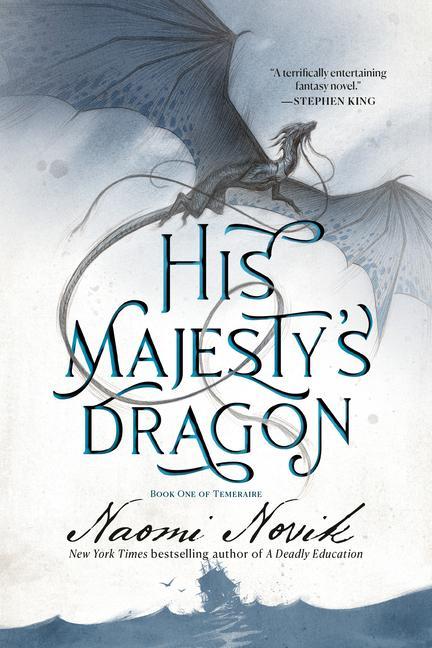 His Majesty's Dragon: Book One of the Temeraire

In the first novel of the New York Times bestselling Temeraire series, a rare bond is formed between a young man and a dragon, and together they must battle in the Napoleonic Wars.

Aerial combat brings a thrilling new dimension to the Napoleonic Wars as valiant  warriors rise to Britain's defense by taking to the skies . . . not aboard aircraft  but atop the mighty backs of fighting dragons.

When HMS Reliant captures a French  frigate and seizes its precious cargo, an unhatched dragon egg, fate sweeps Capt.  Will Laurence from his seafaring life into an uncertain future-and an unexpected  kinship with a most extraordinary creature. Thrust into the rarified world of the  Aerial Corps as master of the dragon Temeraire, he will face a crash course in the  daring tactics of airborne battle. For as France's own dragon-borne forces rally  to breach British soil in Bonaparte's boldest gambit, Laurence and Temeraire must  soar into their own baptism of fire.

"Just when you think you've seen every variation possible on the dragon story, along comes Naomi Novik. . . . Her wonderful Temeraire is a dragon for the ages."-Terry Brooks

Naomi Novik is the acclaimed author of A Deadly Education, the Temeraire series, and the award-winning novels Uprooted and Spinning Silver. She is a founder of the Organization for Transformative Works and the Archive of Our Own. She lives in New York City with her family and six computers.