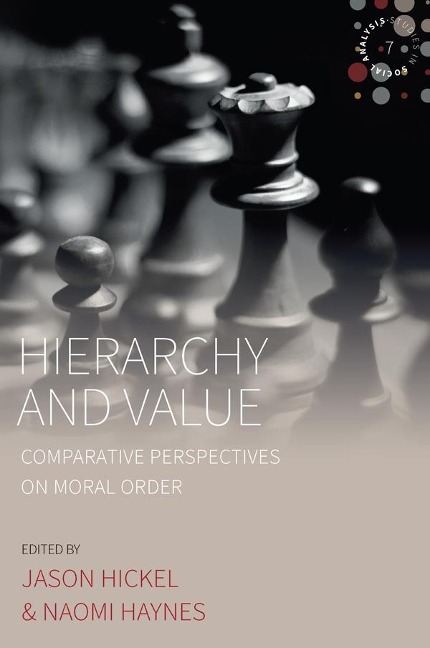 Globalization promised to bring about a golden age of liberal individualism, breaking down hierarchies of kinship, caste, and gender around the world and freeing people to express their true, authentic agency. But in some places globalization has spurred the emergence of new forms of hierarchy-or the reemergence of old forms-as people try to reconstitute an imagined past of stable moral order. This is evident from the Islamic revival in the Middle East to visions of the 1950s family among conservatives in the United States. Why does this happen and how do we make sense of this phenomenon? Why do some communities see hierarchy as desireable? In this book, leading anthropologists draw on insightful ethnographic case studies from around the world to address these trends. Together, they develop a theory of hierarchy that treats it both as a relational form and a framework for organizing ideas about the social good.

Jason Hickel is an anthropologist at Goldsmiths, University of London. His research spans several related themes, including political conflict, inequality, postdevelopment, and ecological economics. He is the author of Democracy as Death: The Moral Order of Anti-Liberal Politics in South Africa (University of California Press, 2015) and The Divide: A Brief Guide to Global Inequality and its Solutions (Penguin, 2017). He writes a column on political economy for The Guardian and Al Jazeera, sits on the executive board of Academics Stand Against Poverty, and serves as Policy Director for The Rules collective. He is a fellow of the Royal Society of Arts.

Chapter 3. The Good, the Bad, and the Dead: The Place of Destruction in the Organization of Social Life, Which Means Hierarchy

Chapter 5. Islam and Pious Sociality: The Ethics of Hierarchy in the Tablighi Jamaat in Pakistan

Chapter 6. Demotion as Value: Rank Infraction among the Ngadha in Flores, Indonesia

Afterword: The Rise of Hierarchy