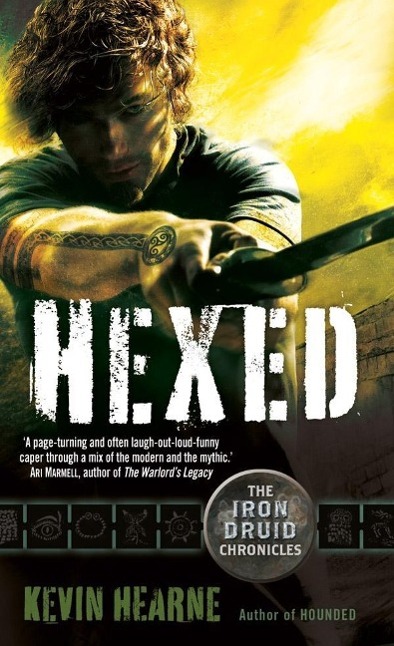 Set in the modern world, this is a fabulous new urban fantasy series from a new American author ... magic, ancient gods, action and humour.
'A page-turning and often laugh-out-loud-funny caper through a mix of the modern and the mythic.' ARI MARMELL, author of tHE WARLORD'S LEGACY'Kevin Hearne breathes new life into old myths, creating a world both eerily familiar and startlingly original.' NICOLE PEELER, author of tEMPESt RISINGAtticus O'Sullivan, last of the Druids, doesn't care much for witches. Still, he's about to make nice with the local coven by Signing a mutually beneficial non-aggression treaty when suddenly the witch population in modern-day tempe, Arizona, quadruples overnight. And the new girls are not just bad, they're badasses with a dark history on the German side of World War II.With a fallen angel feasting on local high school students, a horde of Bacchants blowing in from Vegas with their special brand of deadly decadence, and a dangerously sexy Celtic goddess of fire vying for his attention, Atticus is having trouble scheduling the witch hunt. But aided by his magical sword, his neighbour's rocket-propelled grenade launcher, and his vampire attorney, Atticus is ready to sweep the town and show the witchy women they picked the wrong Druid to hex.'A witty new fantasy series.' KELLY MEDING, author of tHREE DAYS tO DEAD

Kevin Hearne is a high school teacher with a passion for world religion and mythology. His primary agent, Evan Goldfried at Grinberg Literary Management, pulled HOUNDED out of the slush pile and sold it to Del Rey in the US. Del Rey are publishing in May, June, July 2011.