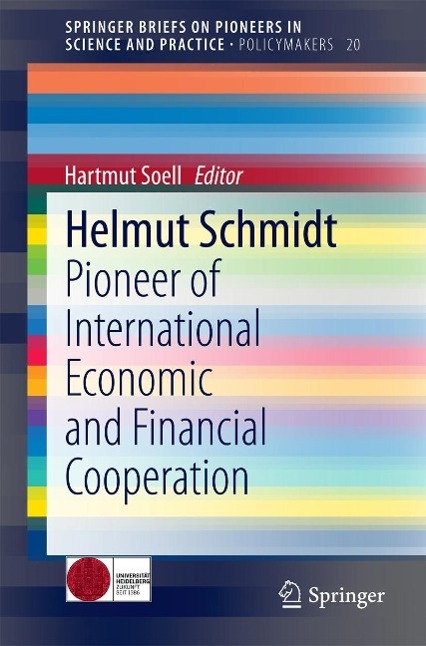 On the occasion of the 95th birthday of Helmut Schmidt, West German Chancellor 1974-1982, his biographer Hartmut Soell, Professor of History at Heidelberg University and former member of the German Parliament (1980-1994), presents H. Schmidt as a Pioneer of International Economic and Financial Cooperation. Influenced by the catastrophes of the early 20th century (global economic crisis, dictatorship and war), Schmidt entered politics as a trained economist and was one of the most innovative policymakers from the 1960s to the 1980s. As minister of defense, economy and finance and as Chancellor he was able to implement many of his ideas for closer cooperation between Western industrial states on currency issues and energy policy during the 1970s. Together with French President Valéry Giscard d'Estaing he launched the G7 summits in 1975 and his proposals for a European currency system (1978-79) paved the way for the European economic and currency union. As editor of Die Zeit, he would later become an influential commentator.