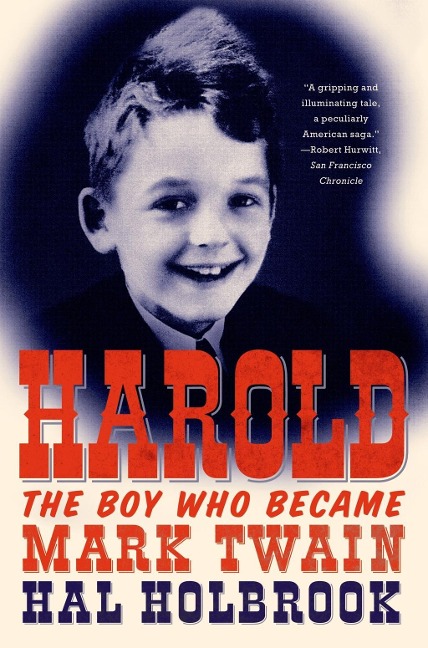 In Harold: The Boy Who Became Mark Twain, the beloved stage, film, and television actor Hal Holbrook presents an affecting memoir about his struggle to discover his true self, even as he learned to transform himself onstage.

Abandoned by his mother and father when he was two, Holbrook and his two sisters commenced separate journeys of survival. Raised by his powerful grandfather, who died when Holbrook was twelve, he spent his childhood at boarding schools, visiting his father in an insane asylum and hoping his mother would suddenly surface in Hollywood.

As World War II engulfed Europe, Holbrook began acting almost by accident. Through war, marriage, and the work of honing his craft, his fear of insanity and his fearlessness in the face of risk were channeled into discovering that the riskiest path of all-success as an actor-would be his birthright. The climb up that forbidding mountain was a lonely one. And how he achieved it-the cost to his wife and children and to his own conscience-is the dark side of the fame he would eventually earn by portraying the man his career would forever be most closely associated with: Mark Twain.

"If I were to conjure an image of an individual who best fits the phrase 'a real American,' it would be Hal Holbrook. This book shows him as a complete person. You will be compelled by the wit and wisdom of this beautifully composed story of self-determination and survival."-Robert Redford