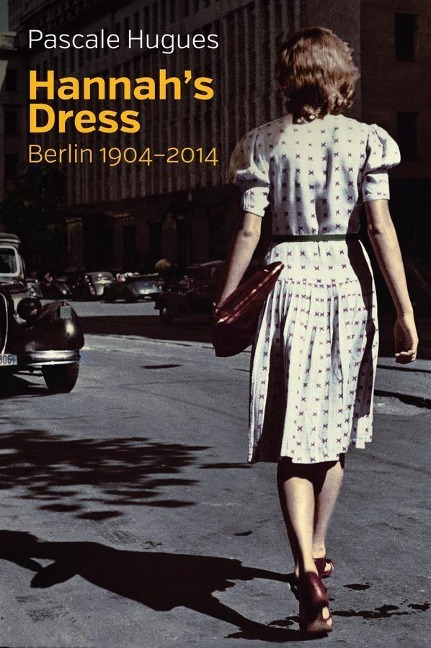 Hannah's Dress tells the dizzying story of Berlin's modern history. Curious to learn more about the city she has lived in for over twenty years, journalist Pascale Hugues investigates the lives of the men, women and children who have occupied her ordinary street during the course of the last century. We see the street being built in 1904 and the arrival of the first families of businessmen, lawyers and bankers. We feel the humiliation of defeat in 1918, the effects of economic crisis, and the rise of Hitler's Nazi party. We tremble alongside the Jewish families, whose experience is so movingly captured in the story of two friends, Hannah and Susanne. When only Hannah is able to escape the horrors of deportation, the dress made for her by Susanne becomes a powerful reminder of all that was lost. In 1945 the street is all but destroyed; the handful of residents left want to forget the past altogether and start afresh. When the Berlin Wall goes up, the street becomes part of West Berlin and assumes a rather suburban identity, a home for all kinds of petite bourgeoisie, insulated from the radical spirit of 1968. However, this quickly changes in the 1970s with the arrival of its most famous resident, superstar David Bowie. Today, the street is as tranquil and prosperous as in the early days, belying a century of eventful, tumultuous history. This engrossing account of a single street, awarded the prestigious 2014 European Book Prize, sheds new light on the complex history not only of Berlin but of an entire continent across the twentieth century.