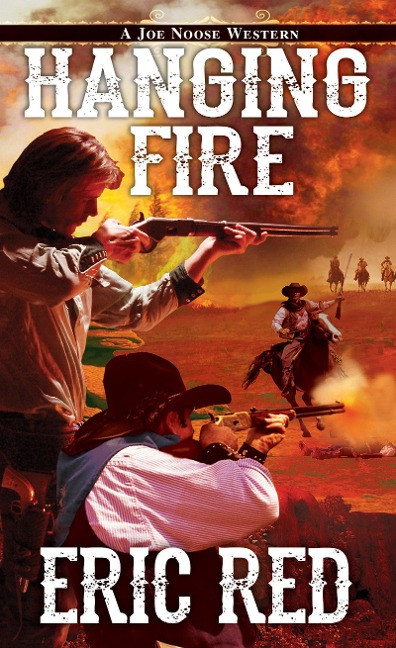 Joe Noose is back-in the blistering Western series from Eric Red, the acclaimed author of The Guns of Santa Sangre and The Wolves of El Diablo.

THE DEVIL IS A WOMAN

In all his days as a bounty hunter, Joe Noose never met an outlaw like Bonny Kate Valence. The notorious female gunslinger has the kind of beauty that drives men wild-and a criminal record longer than the Snake River. She also has a date with the gallows. But before anyone can put a rope around that pretty neck, Joe Noose has to bring her in alive. On the way, he'll have to protect his prisoner from a vile ex-lover and a vengeance-seeking posse. Which puts Noose's neck on the line, too. Especially when this female of the species is deadlier than the male. . . .

"In the Old West, there are bad guys and even badder guys. But Eric Red's are the biggest baddest of all."
-Jack Ketchum, author of Off Season

"Bloody fights, desert vistas [and] a touch of romance make this a fast-paced adventure."
-Library Journal

Eric Red is a Los Angeles-based novelist, screenwriter, and film director. His films include The Hitcher, Near Dark, Cohen and Tate, Body Parts, and The Last Outlaw. He has written seven novels, including Don't Stand So Close, It Waits Below, White Knuckle, The Guns of Santa Sangre, and The Wolves of El Diablo. Red divides his time between California and Wyoming with his wife and two dogs. Find out more about Eric Red and his books and films on his official website EricRed.com, on Facebook at OfficialEricRed, and on Twitter @ericred.