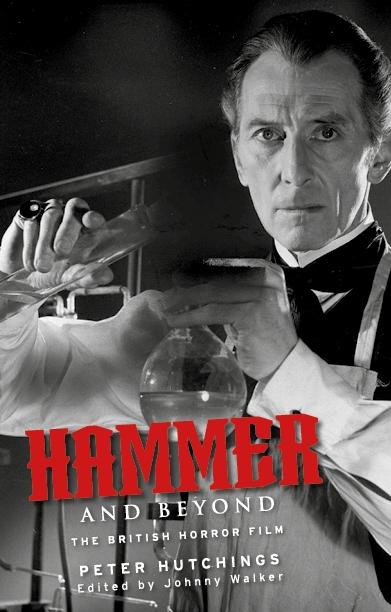 Peter Hutchings's Hammer and beyond remains a landmark work in British film criticism. This new, illustrated edition brings the book back into print for the first time in two decades. Featuring Hutchings's socially charged analyses of genre classics from Dead of Night (1945) and The Curse of Frankenstein (1957) to The Sorcerers (1967) and beyond, it also includes several of Hutchings's later essays on British horror, as well as a new critical introduction penned by film historian Johnny Walker and an afterword by Russ Hunter. Hammer and beyond deserves a spot on the bookshelf of anyone with a serious interest in the development of Britain's contribution to the horror genre.

A return to Hammer and Beyond: introduction to the new edition - Johnny Walker

Part I: Hammer and Beyond: The British Horror Film
Introduction to the first edition
1 For sadists only? The problem of British horror
2 1945-55: from Dead of Night to The Quatermass Experiment
3 1956-64: Hammer and other horrors
4 Frankenstein and Dracula
5 1964-69: horror production
6 Horror and the family
Conclusion

Part II: Selected writings on British horror film
The Amicus House of Horror
American Vampires in Britain: Richard Matheson's I Am Legend and Hammer's The Night Creatures
Putting the Brit into Eurohorror: exclusions and exchanges in the history of European horror
Afterword - Russ Hunter
Index