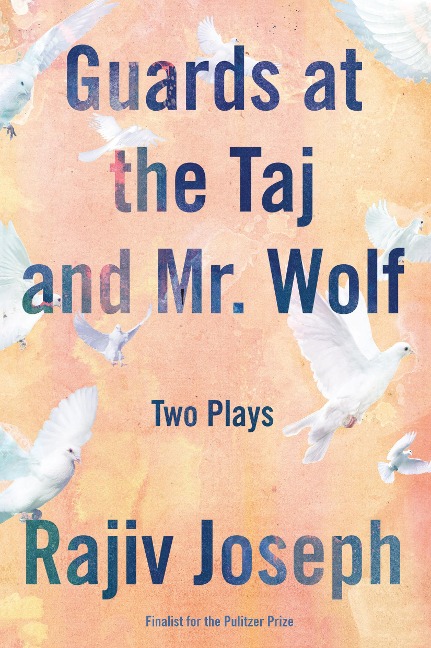 Guards at the Taj and Mr. Wolf

Set in India in 1648, Guards at the Taj introduces two young Imperial Guards, Humayun and Babur, as they stand watch in front of the city walls. New to their roles and just recently out of training, they have been assigned the less-than-exciting "dawn watch” leaving them plenty of time for discussion about the great Tajmahal-which they have heard much about, but have never seen until now. According to rumor, Shah Jahan has issued a royal decree that anyone who took part in the building of this majestic "city within a city” must have their hands chopped off, so as to ensure that "nothing so beautiful as the Tajmahal shall ever be built again.” Humayun and Babur's repartee takes a somber turn as they realize that they will be the guards tasked with carrying out this violent judgment.

Mr. Wolf is a powerful play about child abduction told from the point of view of various characters: Michael and Hana's daughter was kidnapped fourteen years ago. Julie also had a child kidnapped around a similar time. Theresa was kidnapped when she was three and knows nothing of the world except that which her captor selectively revealed to her over the years. These four lives, once altered by tragedy, now must face that nightmare once again.
E-Book 11/2016

Rajiv Joseph is an American playwright and a 2010 Pulitzer Prize Finalist for his play, Bengal Tiger at the Baghdad Zoo. His productions include Gruesome Playground Injuries, Animals Out of Paper, The Leopard and the Fox, Huck & Holden, and All This Intimacy. The North Pool premiered in 2011 at Theatre Works in Palo Alto. He received his BA in Creative Writing from Miami University and his MFA in Dramatic Writing from NYU's Tisch School of the Arts. He served for three years with the Peace Corps in Senegal.