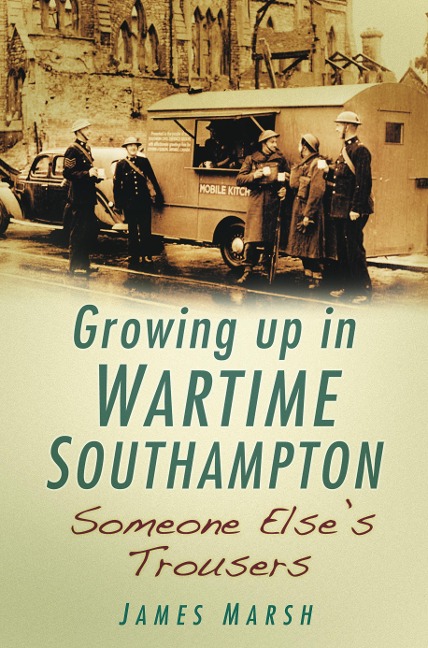 Growing Up in Wartime Southampton: Someone Else's Trousers

Growing Up in Wartime Southampton

This is a story spanning some of the most turbulent decades in recent world history. James Marsh was born during the first year of the Second World War and many of his infant years were spent in air-raid shelters outside his home. Bombs rained down from the German Luftwaffe as they tried to destroy the city of Southampton, which has now been James' home for more than sixty years. The gritty determination, community spirit and, above all, the humour, with which the local community faced the difficulties of war, have stayed with James throughout his life. Moving on to describe the harsh lessons learned in 1940s and '50s schooling and subsequently describing his teenage years in the merchant navy, this book explores how growing up in the post-war years was both a challenge and a lot of fun.

James Marsh was born in Southampton at the beginning of the Second World War. As an adult he joined the Merchant Navy, and also spent a stint at Eastleigh Railway. Now retired, he has written a series of ten novels about a group of boys growing up after the war, and currently writes both fiction and non-fiction.  James is a member of Flair for Words and also Writing Buddies, a group for writers in Southampton.

Violated: Part 3 of 3: A Shocking and Harrowing...