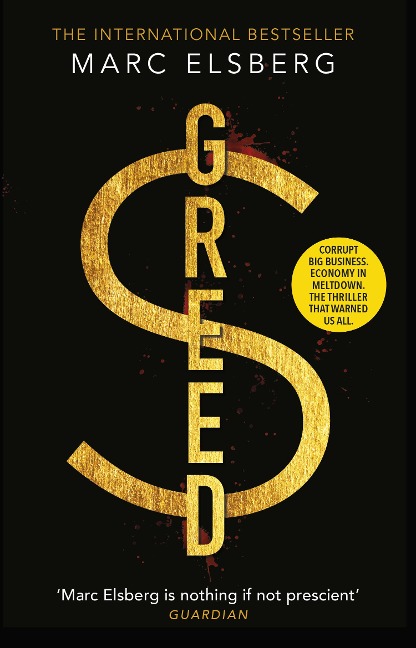 'Marc Elsberg is nothing if not prescient' GUARDIAN

It's the near future: the world economy is in freefall. Mass unemployment and hunger rage as banks, corporations and countries go bankrupt. But one group are doing just fine: the super-rich.

Nobel prize-winning economist Herbert Thompson drives to an emergency summit in Berlin, to deliver his ground-breaking solution to the world's elite: a formula that will reverse the downturn, transform the economy, and give everyone a share of the wealth.

Thompson never arrives. He is killed in a car crash on the way.

Jan, a keen cyclist out late, sees the incident. Convinced Thompson has been murdered, he vows to find out why.

But there are powerful forces at work, who will stop at nothing to keep Jan silent.

How far will they go to satisfy their greed? And who can stop them?

A spine-chillingly realistic thriller on the horrors of freewheeling capitalism and the threat of human greed.

'Dazzling' Times Book of the Month

'Both gripping and visionary' rbb Kulturradio

'Part Dan Brown-style chase and part eco-thriller, this debut will get people talking' BOOKLIST US

Marc Elsberg (Author)
Marc Elsberg is a former creative director in advertising. His debut thriller, the high-concept disaster thriller BLACKOUT, became a bestseller and one of the most successful thrillers of its kind in Germany. He has also given a TEDx talk on the subject of the horrors of an electrical grid failure. BLACKOUT and his follow-up, CODE ZERO were selected as Scientific Book of the Year in Germany. BLACKOUT was named Thriller of the Month by the Times. His latest bestselling thriller, GREED, contains cutting-edge research on the economy. He lives in Vienna, Austria.