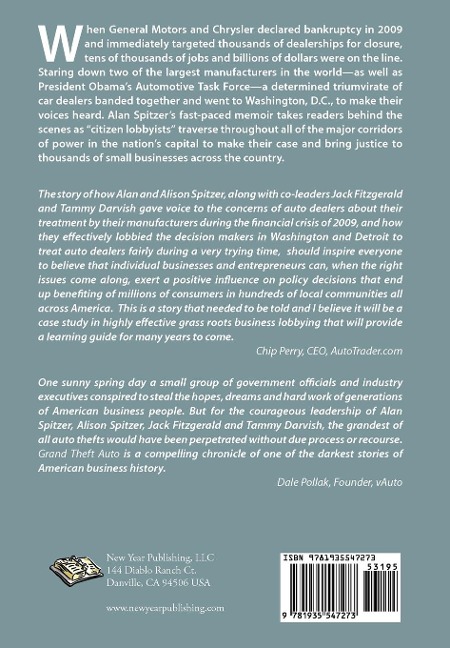 When General Motors and Chrysler declared bankruptcy in 2009 and immediately targeted thousands of dealerships for closure, tens of thousands of jobs and billions of dollars were on the line. Staring down two of the largest manufacturers in the world - as well as President Obama's Automotive Task Force - a determined triumvirate of car dealers banded together and went to Washington, D.C. to make their voices heard. Alan and Alisons Spitzer's fast-paced memoir takes readers behind the scenes as "citizen's lobbyists" traverse throughout all of the major corridors of power in the nation's capital to make their case and bring justice to thousands of small business across the country.

Fog Island: A terrifying thriller set in a mode...