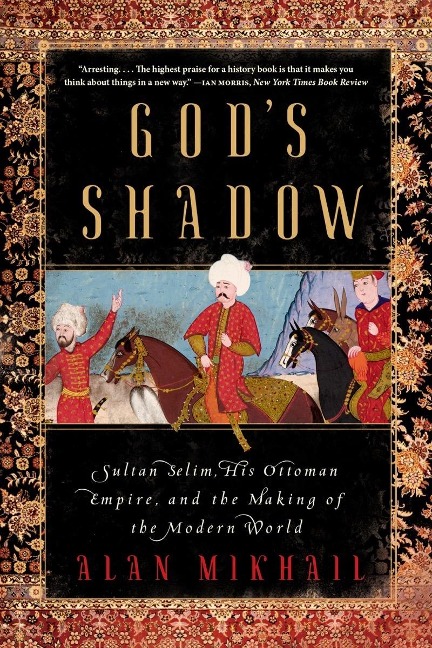 God's Shadow: Sultan Selim, His Ottoman Empire, and the Making of the Modern World

An "arresting” (New York Times Book Review) revisionist history demonstrating how Islam and the Ottoman Empire made our modern world.

The history of the Ottoman Empire—once the most powerful state on earth, ruling over more territory and people than any other world power—has for centuries been distorted, misrepresented, and suppressed in the West. With this "original and wide-ranging” (Wall Street Journal) global history, Alan Mikhail vitally recasts the Ottoman conquest of the world through the dramatic biography of Sultan Selim I (1470-1520). Drawing on previously unexamined sources, and upending prevailing shibboleths about Islamic history and jingoistic "rise of the West” theories, Mikhail's game-changing account radically transforms our understanding of the importance of Selim's Ottoman Empire in the annals of the modern world.
E-Book 08/2020

A leading historian of his generation, Alan Mikhail, professor of history and chair of the Department of History at Yale University, has reforged our understandings of the past through his prize-winning books on the history of the Middle East.