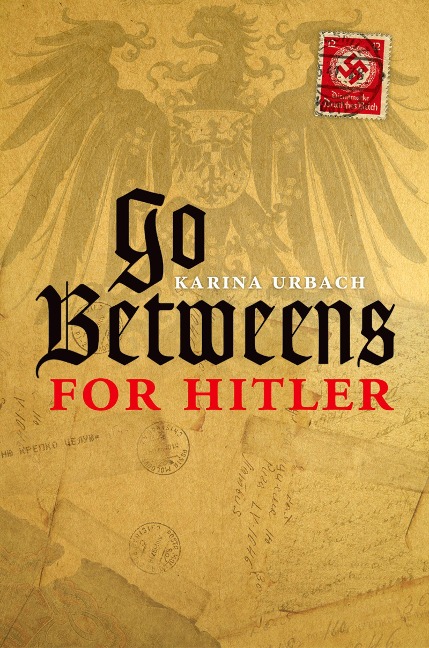 This is the untold story of how some of Germany's top aristocrats contributed to Hitler's secret diplomacy during the Third Reich, providing a direct line to their influential contacts and relations across Europe - especially in Britain, where their contacts included the press baron and Daily Mail owner Lord Rothermere and the future King Edward VIII.

Using previously unexplored sources from Britain, Germany, the Netherlands, the Czech Republic, and the USA, Karina Urbach unravels the story of top-level go-betweens such as the Duke of Coburg, grandson of Queen Victoria, and the seductive Stephanie von Hohenlohe, who rose from a life of poverty in Vienna to become a princess and an intimate of Adolf Hitler. As Urbach shows, Coburg and other senior aristocrats were tasked with some of Germany's most secret foreign policy missions from the
First World War onwards, culminating in their role as Hitler's trusted go-betweens, as he readied Germany for conflict during the 1930s - and later, in the Second World War.

Tracing what became of these high-level go-betweens in the years after the Nazi collapse in 1945 - from prominent media careers to sunny retirements in Marbella - the book concludes with an assessment of their overall significance in the foreign policy of the Third Reich.

Karina Urbach is a Longterm Visitor at the Institute for Advanced Study, Princeton. She has published several books on nineteenth and twentieth-century history, including Bismarck's Favourite Englishman: Lord Odo Russell's Mission to Berlin (I.B.Tauris, 2000) and Secret Intelligence in the European States System, 1918-1989 (Stanford University Press, 2013), co-edited with Jonathan Haslam. She has also contributed to several British and German TV
documentaries, and was the historical advisor for BBC Two's Royal Cousins at War (2014).