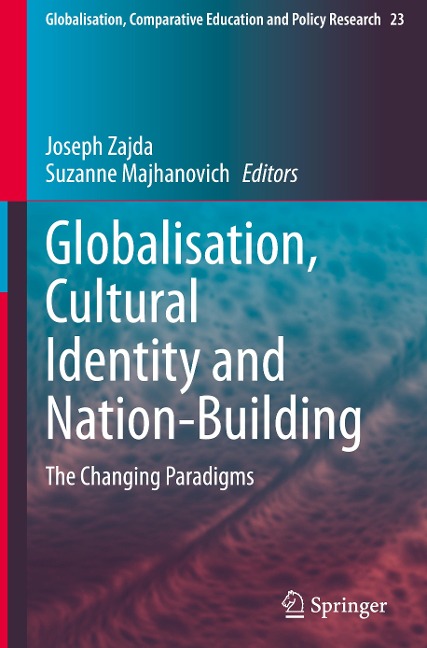 This book critiques dominant discourses and debates pertaining to cultural identity, set against the current backdrop of growing social stratification and unequal access to quality education. It addresses current discourses concerning globalisation, ideologies and the state, as well as approaches to constructing national, ethnic and religious identities in the global culture. It explores the ambivalent and problematic connections between the state, globalisation, the construction of cultural identity, and the nation-building process - also in connection with history education and the history textbooks used in schools. The book also explores conceptual frameworks and methodological approaches applicable to research on the state, globalisation, nation-building and identity politics.
Drawing on diverse paradigms, ranging from critical theory to globalisation, the book, by focusing on globalisation, ideology and cultural identity, critically examines recent research in history education and its impact of identity politics, as well as the most significant dimensions defining and contextualising the processes surrounding nation-building and identity politics globally. Given the need for a multiple perspective approach, the authors, who have diverse backgrounds and hail from different countries and regions, offer a wealth of insights, contributing to a more holistic understanding of the nexus between the nation-state and national identity.
Gebunden 02/2021
(0) - Geben Sie die erste Bewertung ab
kostenloser Standardversand in DE gewöhnlich ca. 4-5 Werktage (Print on Demand)

Joseph Zajda is an Associate Professor at the Faculty of Education and Arts, Australian Catholic University (Melbourne Campus). He specialises in globalisation and education policy reforms, social justice, history education and values education. He has written and edited 42 books and over 150 book chapters and articles on globalisation and education policy, higher education and curriculum reforms. He is also the editor of the 24-volume book series Globalisation, Comparative Education and Policy Research (Springer, 2009 & 2020). Recent publications include: Zajda, J. (2018). Globalisation and education reforms: Paradigms and ideologies Dordrecht: Springer; Zajda, J. (2017). Globalisation and national identity in history textbooks. Dordrecht: Springer; Zajda, J. & Rust, V. (Ed.) (2016). Globalisation and Higher Education Reforms. Dordrecht: Springer; Zajda, J. (2015). (Ed.). Second International Handbook of Globalisation, Education and Policy Research. Dordrecht: Springer.
Prof. Zajda's works can be found in 480 publications in 4 languages and 10,529 university library holdings globally. He was awarded an ARC Discovery Grant ($315,000) for globalising studies of the politics of history education: a comparative analysis of history national curriculum implementation in Russia and Australia (with Monash University, 2011-2015). Further, he is an elected fellow of the Australian College of Educators (FACE).
Suzanne Majhanovich is Professor Emerita/Adjunct Research Professor at the Faculty of Education Western University in London, Ontario, Canada. She has published numerous articles and edited books, and has guest-edited (with different others) five special issues of the International Review of Education. She has a long-standing interest in comparative and international education, especially with regard to how globalisation has affected education systems in Canada and elsewhere. She has made numerous presentations and published several articles in the area and have co-edited one volume of a twelve-volume book series: Globalisation, Comparative Education and Policy Research. In June, 2013 Prof. Majhanovich was honoured to receive the David N. Wilson Award for contributions to Comparative and International Education from the Comparative and International Education Society Canada (CIESC) at the annual meeting in Victoria BC. She edited the journal Canadian and International Education, Volumes 34-40. Her research interests include globalisation, internationalization and education restructuring, as well as first and second language acquisition and the teaching of English and French in international contexts. Prof. Majhanovich's works can be found in 249 publications in 2 languages and 5,920 library holdings.

1 Cultural identity in the global era.- 2 Globalisation and the decline of national identity? An exploration across sixty-three countries.- 3 The changing meaning of citizenship and a perspective model of citizenship education.- 4 Upper secondary social studies curriculum in Singapore and national identity.- 5 Cultural identity in Russian teacher-training textbooks: The use of Vygotsky in critiquing cultural mediation.- 6 Embodied identity making and bilingual digital storytelling in a virtual space: Affordances of material-informed netnography.- 7 The construction of cultural identity: National identity and collective forgetting in Japan-South Korea relations.- 8 Directions for global citizenship education: Lessons from two Australian primary schools.- 9 An examination of the role of the media in the construction of gender identity: Its impact on the status and educational opportunities of women in India.- 10 Evaluating research on cultural identity education globally.