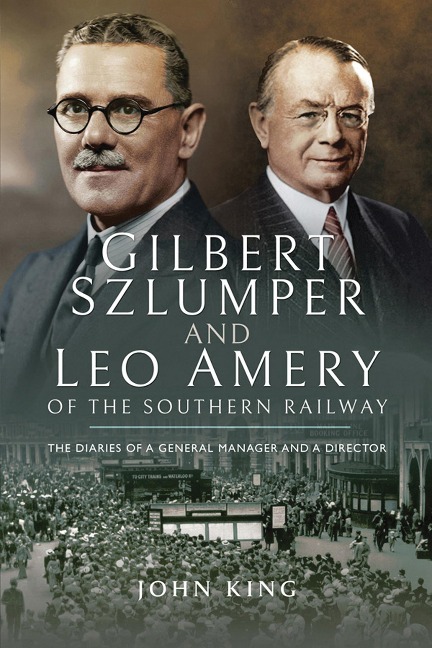 Gilbert Szlumper and Leo Amery of the Southern Railway

The Diaries of a General Manager and a Director

Very few diaries of directors and senior managers of the Big Four railways have survived to enter the public domain. There are, however, two notable Southern Railway diarists whose records have been available in archives for some years, but have been largely ignored by historians; Southern Railway General Manager Gilbert Szlumper and Director Leopold Amery. Their remarkable diaries are addressed in this insightful book, which gives a slightly different view of the company in contrast to the almost sanitized histories by some writers.The surviving diaries of Szlumper are far from complete. They begin in 1936 and continue into the war years, but there are several gaps. Throughout, Szlumper comments on individuals and developments, revealing little-known facts and the circumstances that meant he could never truly achieve his potential. Formally retiring in 1942, he died in 1969, after which his diaries entered the public domain.Leopold Amery was director of the Southern Railway from 1932. A Birmingham Member of Parliament for many years, he was a statesman of some stature, his high offices including Secretary of State for the Colonies in the 1920s. In his autobiography, Amery writes very little on the railway, although he does comment on its family atmosphere. His diaries, which are in the public domain in a Cambridge University archive, have been published in two volumes but Amerys fascinating business activities were omitted by the publisher, and like Szlumper he comments on individuals and developments.The diary information of these two exceptional men has been supplemented by information from the railway, state archives and other sources, and many of the photographs have never been published before.
E-Book 01/2020