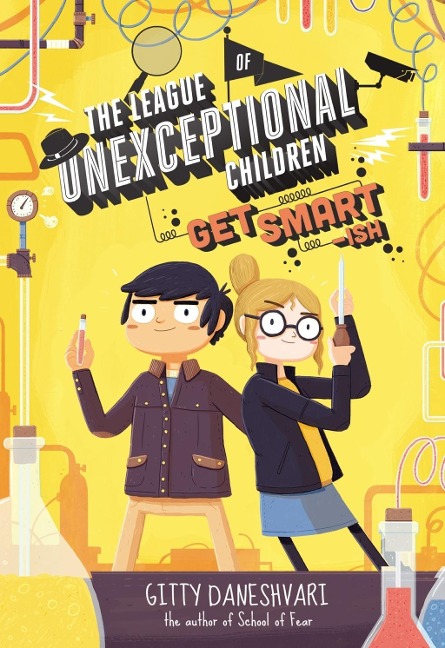 Hilarious action adventure for readers aged 8 and up, featuring the world's most unexceptional spies. You think spies are clever and cool and mysterious? Think again . . .

When readers met twelve-year-olds Jonathan and Shelley, they had just been recruited to join the League of Unexceptional Children. This covert spy network is comprised solely of kids who are so average and nondescript that they are utterly forgettable, and who makes a better spy than a kid no one remembers?

To everyone's surprise, Jonathan and Shelley saved the day in Book 1, and as a result they have been loaned to MI5: the United Kingdom's leading spy organization. The kids' mission is to recapture a missing vial of LIQ-15, a virus that makes people lose IQ points. Relying on only their complete lack of skill, Jonathan and Shelley must once again stop an evil plan in its tracks.

In a sequel that gives readers more of the spy tricks and adventure they love but that can stand on its own as a complete mystery, Get Smart-ish is a laugh-out-loud story starring two exceptionally unexceptional characters.