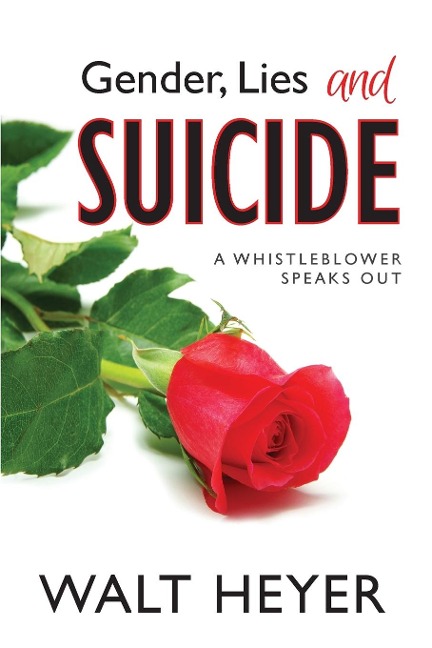 A Whistleblower Speaks Out

In Gender, Lies and Suicide, Walt Heyer analyzes the issues which fuel the tragedy of transgender suicide and shares selected stories from the many people who write him seeking to undo the tragic consequences from their decision to change genders.
Transgenders undergo hormone injections and irreversible surgeries in a desperate effort to feel better. The media and transgender activists claim the radical treatment is successful and regret is rare, yet at the same time, they report that transgenders, even after treatment, are attempting and committing suicide at an alarming rate.
Back in 1979, Dr. Charles Ihlenfeld, a close colleague of Dr. Harry Benjamin, the father of the transgender movement in the U.S., reported that 80% of those seeking a sex change should not have one; frequently too many of them committed suicide.
Gender, Lies and Suicide reveals how today, many decades later, the suicides continue.

WALT HEYER was once a married man with two great kids who built a successful career, first as a design engineer for the Apollo space mission systems and later as a key member of the team at Honda that launched the luxury Acura division. A sex change ended it all. Walt painstakingly restored his life and is now married and an author and speaker with a mission to inspire and help others.