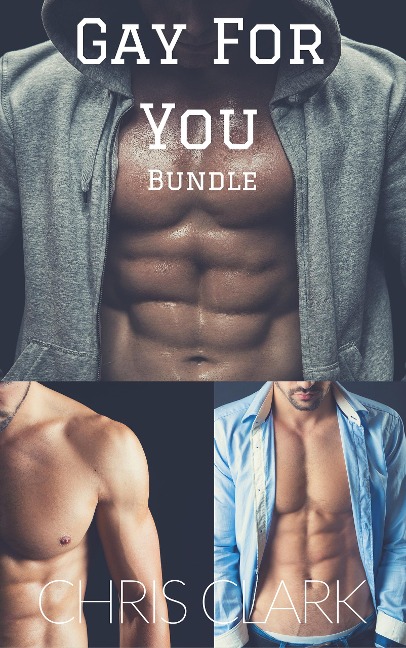 Gay For You Bundle

Gay for the Night

When married man, Thomas, heads to the bar on Friday night, he expects to simply blow off steam while his wife is out of town. Little does he know, his whole world is about to change. Unsatisfied with his boring, married existence, Thomas is seeking excitement for the first time in years. He discovers this and so much more in Jack, a beautiful and charming black stranger from the bar.

The two men hit it off over drinks and stories of conquests, but their connection runs much deeper than drinking buddies. After an eventful night, Jack shows Thomas just how exciting and passionate life can be. Will Thomas give in to his deepest desires? Will he cross over to the dark side?

In the past year, John has lost over 100lbs, become a certified hottie, and won the attention of men and women alike. The only person who doesn't seem to fawn over his new body is his college-sweetheart wife! Though he has remained faithful, the addition of a new trainer at his gym will change John's life forever.

Having just moved from sunny California, new trainer Brian brings a different, more intimate style to John's workout routine. Brian will push John to his limits, test his sexuality and give him the attention he truly deserves.

Tommy joined an intramural football team to make friends and meet new people, but he never expected to meet someone as mesmerizing as team captain, Brian. Brian, a gruff yet flirty guy's guy, awakens something inside Tommy that he's never experienced before. Will Tommy give into these hidden desires? Will Brian show Tommy what being a man is all about? Football practice is about to get a lot dirtier in this steamy 4000 word short.