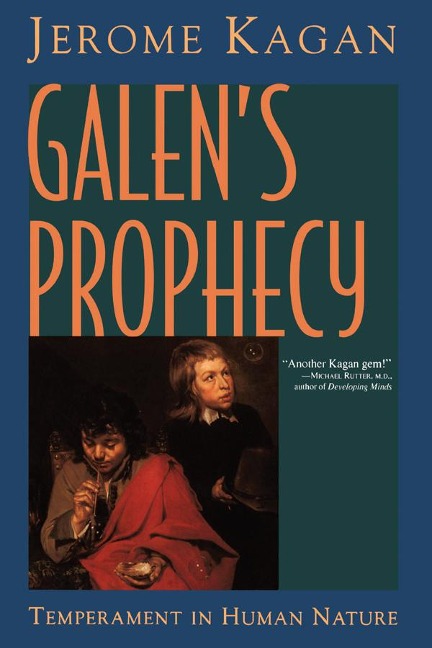 Nearly two thousand years ago a physician named Galen of Pergamon suggested that much of the variation in human behavior could be explained by an individual's temperament. Since that time, inborn dispositions have fallen in and out of favor. Based on fifteen years of research, Galen's Prophecy now provides fresh insights into these complex questions, offering startling new evidence to support Galen's ancient classification of melancholic and sanguine adults. Integrating evidence and ideas from biology, philosophy, and psychology, Jerome Kagan examines the implications of the idea of temperament for aggressive behavior, conscience, psychopathology, and the degree to which each of us can be expected to control our deepest emotions.

* The Idea of Temperament: The Past * What Is Temperament? * The Family of Fears * The Beginnings * The Physiology of Inhibited and Uninhibited Children * Early Predictors of the Two Types * Infant Reactivity and Sympathetic Physiology * Implications * Reflections

Your Alluring Love (The Bennett Family, #6)