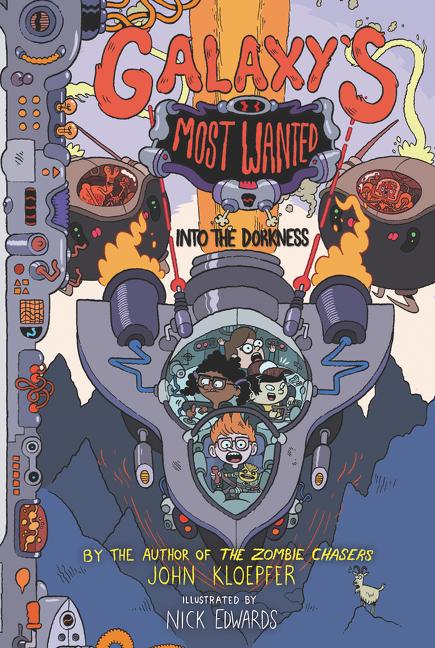 Galaxy's Most Wanted #2: Into the Dorkness

Kid genius Kevin Brewer and his friends must defend Earth from an invasion of vengeful aliens in the second installment of John Kloepfer's hilarious illustrated middle grade series Galaxy's Most Wanted, a perfect fit for reluctant readers.

With a full-blown intergalactic war brewing, Kevin and his science-camp friends must battle two of the nastiest aliens this side of the Milky Way. It would take a genius to outsmart these extraterrestrial criminals. Lucky for Earth, Kevin and his friends are space-age masterminds.

John Kloepfer is the author of the popular Monsters Unleashed and Zombie Chasers series, as well as the out-of-this-world alien trilogy Galaxy's Most Wanted. He lives in Los Angeles with his wife, Jenny, and their dog, Doozy.