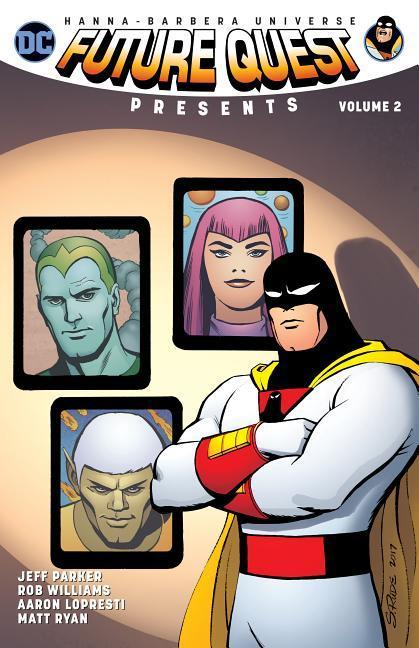 Space Ghost recruits a band of thieves known as the Galaxy Trio to become the heroes the universe needs. But what's his shocking connection to the mysterious team made up of Vapor Man, Gravity Girl and Meteor Man?

Then, when an alien collective decides Earth must be destroyed, the modern-day inheritor of the power of Mightor faces his greatest challenge yet. How can a 12-year-old hero defeat an interstellar enforcer with an armada at its back?

Finally, the alien adventurers called the Herculoids are caught off guard by a godlike invader who warps reality around them! Now the youngest Herculoid must lead Igoo, Zok, Gloop and Gleep in a desperate race against time! Can he save the universe as we know it?

Jeff Parker is a Portland, Oregon-based writer and comic book artist. He worked as a storyboard artist on the television cartoon BIG GUY AND RUSTY THE BOY ROBOT, and has written a number of Marvel Comics titles including X-MEN: FIRST CLASS, AGENTS OF ATLAS and THUNDERBOLTS. He is currently writing BATMAN '66 and AQUAMAN for DC Comics.