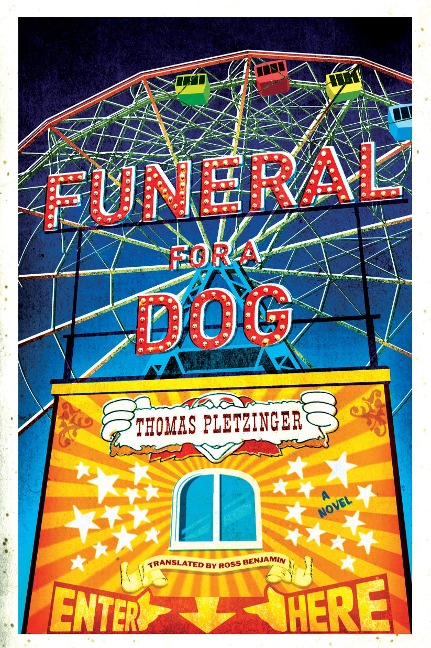 Funeral for a Dog: A Novel

"The kind of writing that makes us want to read the whole book as soon as possible; a shot of adrenaline that immediately takes us to a new world.”—David Varno, Words Without Borders

Journalist Daniel Mandelkern leaves Hamburg on assignment to interview Dirk Svensson, a reclusive children's book author who lives alone on the Italian side of Lake Lugano with his three-legged dog. Mandelkern has been quarreling with his wife (who is also his editor); he suspects she has other reasons for sending him away.After stumbling on a manuscript of Svensson's about a complicated ménage a trois, Mandelkern is plunged into mysteries past and present. Rich with anthropological and literary allusion, this prize-winning debut set in Europe, Brazil, and New York, tells the parallel stories of two writers struggling with the burden of the past and the uncertainties of the future. Funeral for a Dog won the prestigious Uwe-Johnson Prize, and critics raved: "Pletzinger's debut is a real smash hit. It's been a long time since a young German writer has thrown himself into the hurly-burly of life and literature with so much intelligence and bravado" (Wolfgang Hobel, Der Spiegel).
E-Book 03/2011

Thomas Pletzinger is an award-winning German novelist, sportswriter, and basketball fanatic. He has won fellowships and teaching positions at the University of Iowa, New York University, and Grinnell College. He lives in Berlin with his wife and three daughters.

The Science of Science Fiction