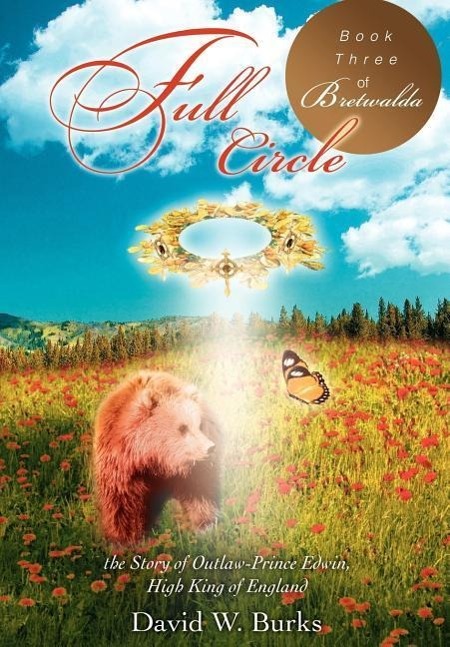 the Story of Outlaw-Prince Edwin, High King of England

As much as he longs for peace, King Edwin is repeatedly forced into war against treacherous neighbor kingdoms. For twenty years, though, Edwin succeeds in bringing peace, prosperity, and Christianity to England.

Then, Cadwallon, his rival and enemy almost since birth, raises an army to overthrow Edwin. Aided by Edwin's other nephews, Aelfrith's sons, Cadwallon succeeds in killing Edwin at last.

But Cadwallon and his ally Penda betray the other princes and attempt to murder them, killing two. The others escape, regroup and attack the following spring. Cadwallon is killed, Penda is driven off, and Oswald, the oldest prince, takes the throne of Northumbria. Once again, the kingdom is under Christian rule.

For eight years Oswald is Bretwalda. Then Penda returns with a huge force of Britons and Welsh. The Christian Saxon nations band together, facing Penda near Leeds.  He and his invaders lose. Oswald, however, also dies in the battle.  His brother Oswiu takes the throne. Oswiu marries the daughter of King Edwin, Eanfled, uniting the once-warring families, and establishes Christianity solidly in England. He rules for 28 peaceful years, healing the wounds of the nation.