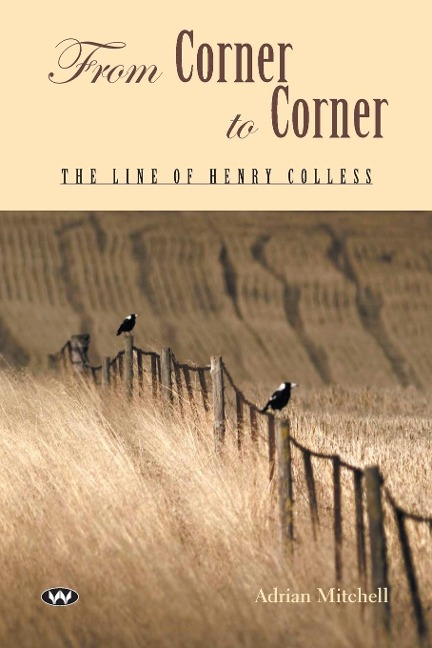 From Corner to Corner

The line of Henry Colless

'The Collesses. Theirs is the story of Australia itself. Convicts, bushrangers, cattle thieves, pioneers, punters, graziers, ANZACs; floods and droughts, boom and bust, they lived right through it all. Their story is every bit as comprehensive as Dorothea Mackellar's "I love a sunburnt country". They were right in the thick of our founding cultural history; they helped to make it, helped make this land. From Bird's Eye Corner to the far corner country. Henry Colless's line - corner to corner, through the middle of everything. And it is not a line without trace. George, William, Henry, they each handed on their sterling character - a more telling legacy than money can buy.'

Henry Colless, one of the old pioneers. In his mid-teens he set out as a carrier across the Blue Mountains and then further along the track to the northwest. He was still a teenager when he helped his father and his brother establish legendary Come-by-Chance. He was one of the early settlers in Bourke, and later became one of its leading lights; and he drove a great mob of cattle across the corner country to establish the first station at Innamincka.

This is his story.