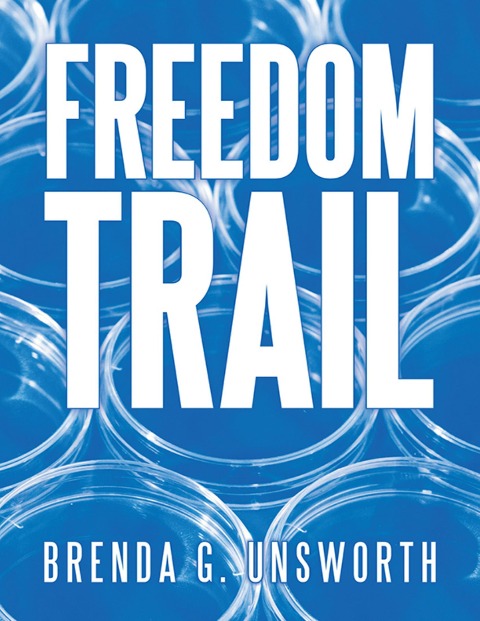 When the president of the new republic is assassinated, the New Polity of Today takes over. Its young revolutionaries want to build a peaceful world that promises freedom for all. Unfortunately, former support officers-also known as yellowcoats-have other ideas. War has broken out between the youth and yellowcoats. As rebels Slyster and Curane begin their quest to find others willing to join The New Polity of Today and help build a new world, they must battle the yellowcoats determined to stop them. As their journey guides them to meet Toska, a microbiologist, they are eventually led to an island where they discover a laboratory that houses living human tissue specifically for the creation of other human beings. Having made contact with alien sources during their journey, and as change looms in the distant future, only one question remains, where do they go from here? Freedom Trail is the tale of three revolutionaries in a dystopian world as they embark on a perilous journey to build a new future.