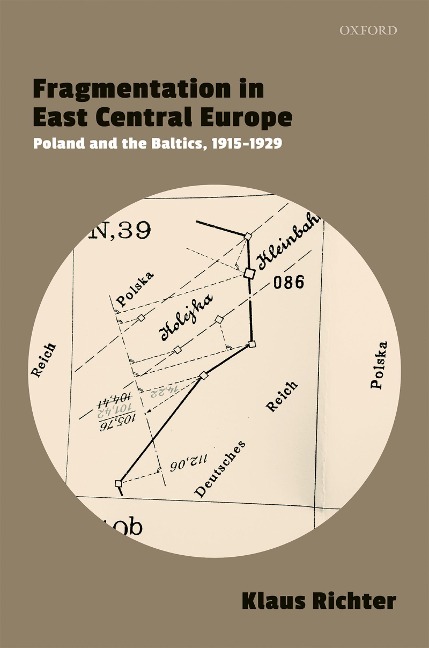 The First World War led to a radical reshaping of Europe's political borders. Nowhere was this transformation more profound than in East Central Europe, where the collapse of imperial rule led to the emergence of a series of new states. New borders intersected centuries-old networks of commercial, cultural, and social exchange. The new states had to face the challenges posed by territorial fragmentation and at the same time establish durable state structures within
an international order that viewed them as, at best, weak, and at worst, as merely provisional entities that would sooner or later be reintegrated into their larger neighbours' territory.

Fragmentation in East Central Europe challenges the traditional view that the emergence of these states was the product of a radical rupture that naturally led from defunct empires to nation states. Using the example of Poland and the Baltic States, it retraces the roots of the interwar states of East Central Europe, of their policies, economic developments, and of their conflicts back to the First World War. At the same time, it shows that these states learned to harness the dynamics
caused by territorial fragmentation, thus forever changing our understanding of what modern states can do.

Klaus Richter is a historian of modern Central and Eastern Europe. He received his PhD in 2012 from the Technical University of Berlin, after which he held a research position at the German Historical Institute in Warsaw. He is currently working as Senior Lecturer and Birmingham Fellow at the University of Birmingham, and is director of the Birmingham Research Institute for History and Cultures (BRIHC). His previous book, Antisemitismus in Litauen. Christen,
Juden und die 'Emanzipation' der Bauern, 1889-1914 (2013), was a study on Christian-Jewish relations in the Russian Empire's Lithuanian provinces. He is also the author of numerous articles and book chapters on the social history of East Central Europe as well as on the history of nationalism, ethnic
conflict, and displacement.