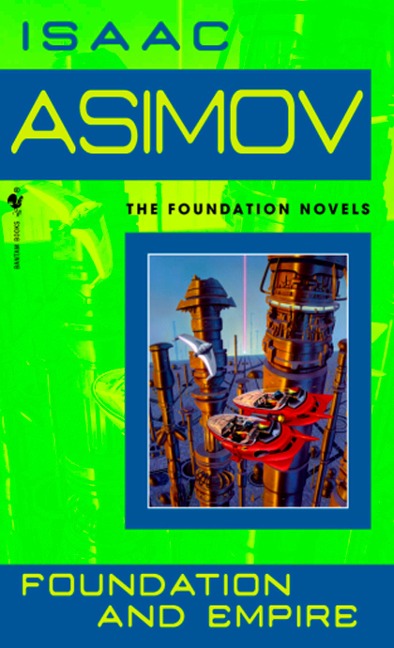 Led by its founding father, the psychohistorian Hari Seldon, and utilizing science and technology, the Foundation survived the greed and barbarism of its neighboring warrior-planets. Now cleverness and courage may not be enough. For the Empire-the mightiest force in the Galaxy-is even more dangerous in its death throes. Even worse, a mysterious entity called the Mule has appeared with powers beyond anything humanly conceivable. Who-or what-is the Mule? And how is humanity to defend itself against this invulnerable avatar of annihilation?

Filled with nail-biting suspense, nonstop action, and cutting-edge speculation, Foundation and Empire is the story of humanity's perpetual struggle against the darkness that forever threatens to overwhelm the light-and of how the courage of even a determined few can make all the difference in the universe.

Isaac Asimov began his Foundation series at the age of twenty-one, not realizing that it would one day be considered a cornerstone of science fiction. During his legendary career, Asimov penned more than 470 books on subjects ranging from science to Shakespeare to history, though he was most loved for his award-winning science-fiction sagas, which include the Robot, Galactic Empire, and Foundation series. Named a Grand Master of Science Fiction by the Science Fiction Writers of America, Asimov entertained and educated readers of all ages for close to five decades. He died in 1992.