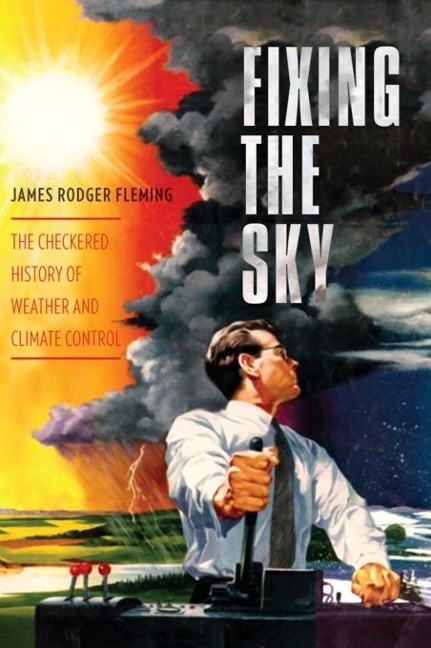 The Checkered History of Weather and Climate Control

As alarm over global warming spreads, a radical idea is gaining momentum. Forget cuts in greenhouse gas emissions, some scientists argue. Instead, bounce sunlight back into space by pumping reflective nanoparticles into the atmosphere. Launch mirrors into orbit around the Earth. Make clouds thicker and brighter to create a "planetary thermostat."

These ideas might sound like science fiction, but in fact they are part of a very old story. For more than a century, scientists, soldiers, and charlatans have tried to manipulate weather and climate, and like them, today's climate engineers wildly exaggerate what is possible. Scarcely considering the political, military, and ethical implications of managing the world's climate, these individuals hatch schemes with potential consequences that far outweigh anything their predecessors might have faced.

Showing what can happen when fixing the sky becomes a dangerous experiment in pseudoscience, James Rodger Fleming traces the tragicomic history of the rainmakers, rain fakers, weather warriors, and climate engineers who have been both full of ideas and full of themselves. Weaving together stories from elite science, cutting-edge technology, and popular culture, Fleming examines issues of health and navigation in the 1830s, drought in the 1890s, aircraft safety in the 1930s, and world conflict since the 1940s. Killer hurricanes, ozone depletion, and global warming fuel the fantasies of today. Based on archival and primary research, Fleming's original story speaks to anyone who has a stake in sustaining the planet.