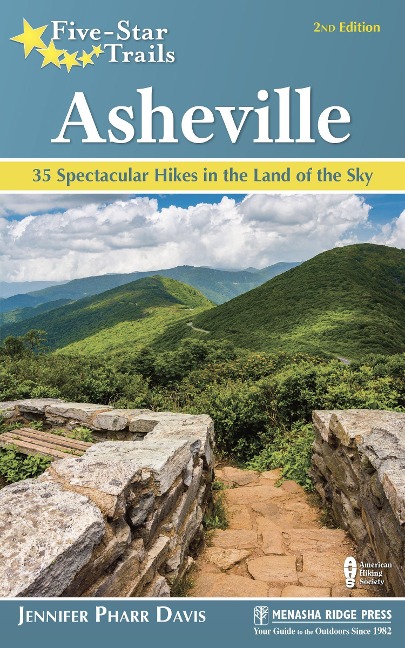 Five-Star Trails: Asheville: 35 Spectacular Hikes in the Land of Sky

Jennifer Pharr Davis grew up in the North Carolina Mountains, where day hiking was part of her life with her parents and two older brothers. At age 21, she took on the entire Appalachian Trail (AT) as a solo female and fell in love with long-distance backpacking.

By mid-2011, she had logged more than 11,000 miles of North American trails. In addition to the AT, those treks include the Pacific Crest Trail, Vermont's Long Trail, and the Colorado Trail. Traveling to six continents to exercise her hiking wanderlust, she cites Tanzania's Mount Kilimanjaro, Peru's Inca Trail to Machu Picchu, and Australia's 600-mile Bibbulmun Track among her international highlights.

The author's 2010 memoir, Becoming Odyssa: Adventures on the Appalachian Trail (Beaufort Books), chronicles her 2005 and 2008 AT thru-hikes. She also authored Best Easy Day Hikes: Charlotte (FalconGuides, 2010) and articles for Trail Runner magazine and Away.com. She is a frequent contributor to Blue Ridge Outdoors magazine.

In 2016, Jennifer was the recipient of the prestigious Laurel Wreath Award, bestowed upon her by the state of North Carolina for her outstanding athletic achievements.

Jennifer lives in Asheville, North Carolina, with her husband, Brew, and daughter Charley. In addition to the important job of being a mother, she is the owner and founder of Blue Ridge Hiking Company, a thriving enterprise at which she and her husband work together. Her company mission statement is, "Making the wilderness accessible and enjoyable through instruction and guiding." For the latest on Jennifer, please check out www.blueridgehikingco.com.