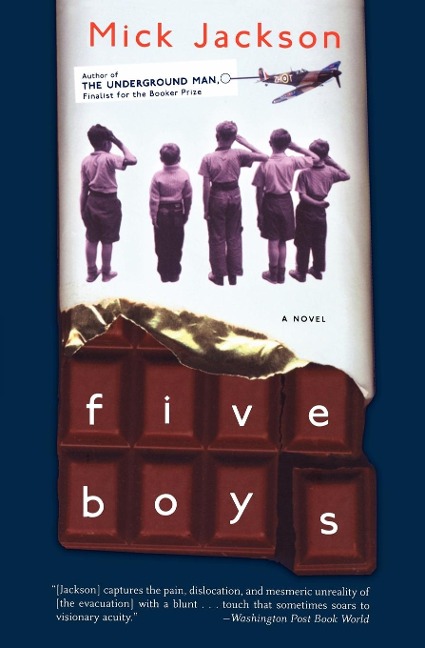 When Bobby is evacuated from London to a remote Devonshire village, a strange new chapter of his life begins. Empty of its menfolk, the village is given over to the "stay behinds”: the women, the old and young, and five terrifying boys who accuse Bobby of being a Nazi spy. Then, there is the enigmatic Bee King, a mysterious figure who exercises a powerful, hypnotic influence on the village, and especially the boys.

As the days wind down to the D-day invasion and the Allied soldiers crash the beaches along the French coast, the villagers will enact their own drama -- a tense interplay of events that will engulf them all and ulti- mately reveal the truth about the Bee King.

Brilliantly captivating and thoroughly researched, Five Boys is the tale of the war's impact on the home front, bringing to light a lost place and time with an expert touch.

Mick Jackson was born in Great Harwood in Lancashire, England. His first novel, The Underground Man, was shortlisted for the Booker Prize and the Whitbread First Novel Award and won the Royal Society of Authors' First Novel Award. While researching Five Boys, he enrolled in beekeeping classes and to this day, keeps two hives at his home in Brighton, England.