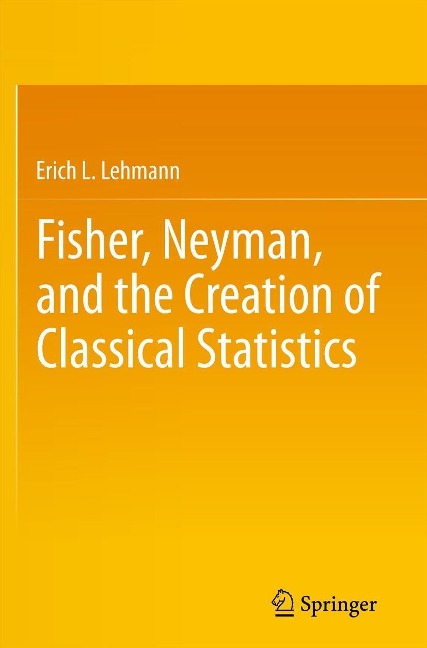 Fisher, Neyman, and the Creation of Classical Statistics

Classical statistical theory-hypothesis testing, estimation, and the design of experiments and sample surveys-is mainly the creation of two men:  Ronald A. Fisher (1890-1962) and Jerzy Neyman (1894-1981).  Their contributions sometimes complemented each other, sometimes occurred in parallel, and, particularly at later stages, often were in strong opposition.  The two men would not be pleased to see their names linked in this way, since throughout most of their working lives they detested each other.  Nevertheless, they worked on the same problems, and through their combined efforts created a new discipline.

This new book by E.L. Lehmann, himself a student of Neyman's, explores the relationship between Neyman and Fisher, as well as their interactions with other influential statisticians, and the statistical history they helped create together. Lehmann uses direct correspondence and original papers to recreate an historical account of the creation of the Neyman-Pearson Theory as well as Fisher's dissent, and other important statistical theories.

Erich L. Lehmann (1917-2009) was Professor Emeritus of Statistics at the University of California at Berkeley. He was also a member of the American and National Academies, an Editor of the Annals of Mathematical Statistics, and President of the Institute of Mathematical Statistics. He held honorary degrees from the Universities of Chicago and Leiden, and was awarded the Wilks and Noether prizes. He was also the author of Testing Statistical Hypotheses, Theory of Point Estimation, and Elements of Large-Sample Theory, all published by Springer.