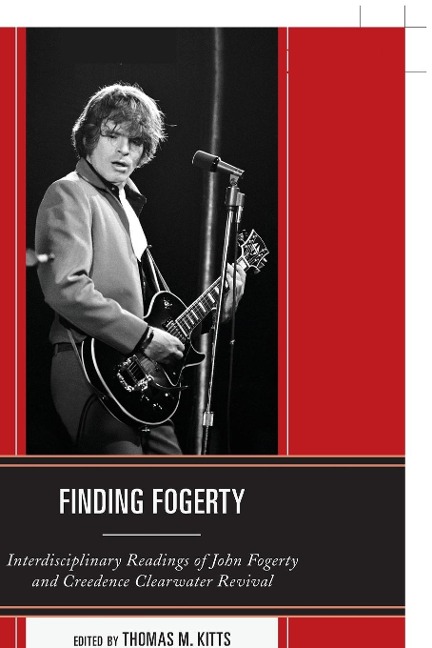 Finding Fogerty: Interdisciplinary Readings of John Fogerty and Creedence Clearwater Revival, edited by Thomas M. Kitts, begins to correct the scholarly neglect of John Fogerty, one of America's great songwriters, one of the rock era's great vocalists, and one of its underrated guitarists and producers. This essential collection pulls together scholars from a wide range of disciplines and approaches to assess Fogerty's fifty-year career and to argue for his musical and cultural significance. The composer of American classics like "Proud Mary," "Fortunate Son," "Green River," "Who'll Stop the Rain," and "Centerfield," Fogerty first achieved commercial success with the release of Creedence Clearwater Revival in 1968. As the band's songwriter, lead singer, lead guitarist, and producer, Fogerty led CCR in a blistering output of 10 top-ten singles and seven gold albums before disbanding CCR in 1972. Divided into four sections ("Born on the Bayou," "Run Through the Jungle," "Centerfield, "and "Keep on Chooglin'"), Finding Fogerty investigates Fogerty's songs, life, and legacy, and stands as a tribute to one of America's most treasured musical legends.