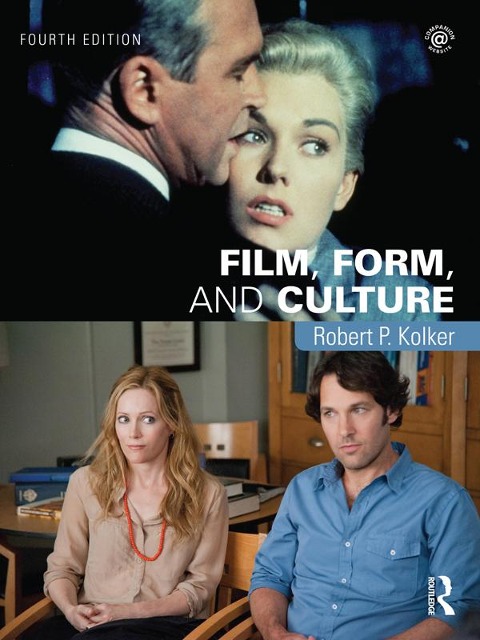 Film, Form, and Culture (4th edition) offers a lively introduction to both the formal and cultural aspects of film. With extensive analysis of films past and present, this textbook explores film from part to whole; from the smallest unit of the shot to the way shots are edited together to create narrative. It then examines those narratives (both fiction and non-fiction) as stories and genres that speak to the culture of their time and our perceptions of them today.

Composition, editing, genres (such as the gangster film, the Western, science fiction, and melodrama) are analyzed alongside numerous images to illustrate the discussion. Chapters on the individuals who make films - the production designer, cinematographer, editor, composer, producer, director, and actor - illustrate the collaborative nature of filmmaking.

Additional resources for students and teachers can also be found on the companion website (www.routledge.com/cw/kolker), which includes additional case studies, discussion questions and links to useful websites.

This textbook is an invaluable and exciting resource for students beginning film studies at undergraduate level.

Robert P. Kolker is Professor Emeritus at the University of Maryland, College Park, USA. He is the author/editor of several books on film including The Cultures of American Film (2014), The Oxford Handbook of Film and Media Studies (2008), A Cinema of Loneliness, 4th edition (2011) and The Altering Eye (1983 and 2009).

The Complete Preludes and Etudes for Pianoforte...

The Headspace Guide to... Mindfulness & Meditation

Ghosts of the Treasure Coast