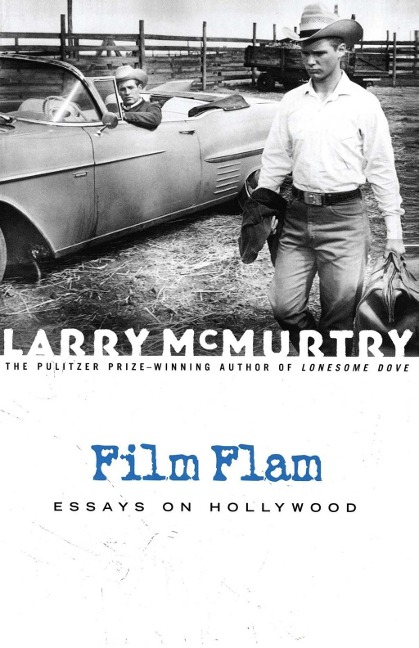 A noted screenwriter himself, Pulitzer Prize-winner Larry McMurtry knows his Hollywood. In Film Flam, he takes a funny, original, and penetrating look at the movie industry and gives us the truth about the moguls, fads, flops, and box-office hits.

With successful movies and television miniseries made from several of his novels -- Terms of Endearment, The Last Picture Show, Lonesome Dove, and Hud -- McMurtry writes with an outsider's irony of the industry and an insider's experience. In these essays he illuminates the plight of the screenwriter, cuts a clean, often hilarious path through the excesses of film reviewing, and takes on some of the worst trends in the industry: the decline of the Western, the disappearance of love in the movies, and the quality of the stars themselves.

From his recollections of the day Hollywood entered McMurtry's own life as he ate meat loaf in Fort Worth to the pleasures he found in the Beverly Wilshire Hotel, Film Flam is one of the best books ever written about Hollywood.

No Clue: Or Learning to Write for the Movies

The Fun of It All

The Screenplay as Non-Book: A Consideration

Pencils West: Or a Theory for the Shoot-'Em Up

Character, the Tube, and the Death of Movies

The Disappearance of Love

The Seasons of L.A.

Movie-Tripping: My Own Rotten Film Festival

A Walk in Pasadena with Di-Annie and Mary Alice